2 Days to end the drought 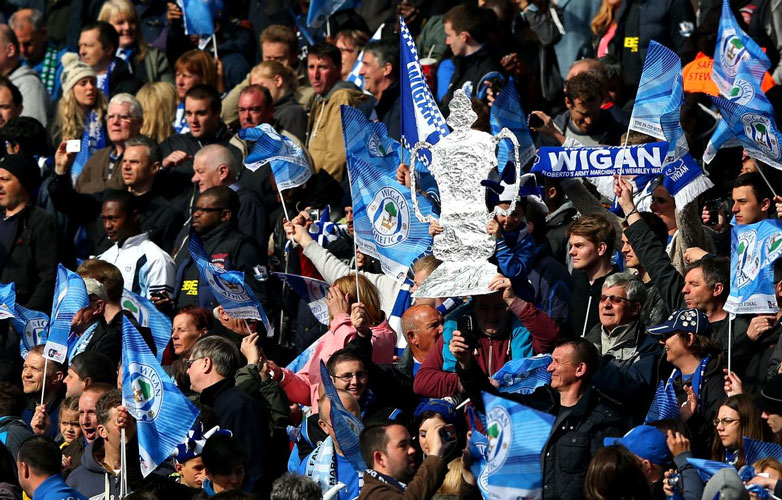 For Wigan Athletic fans, in fact all football fans, the close season seems to last an eternity, those 10 weeks until pre-season kicks off is a big void to fill.

All of a sudden though there is a light at the end of the tunnel and on this occasion it is in the form of a team that has not won anything of significance in over 10 years (we’re not including the League Cup as they say is a Mickey Mouse Cup) coming to the home of the 2013 FA Cup Winners.

So as thousands of Wiganers stream into the Reds end to see their only live match of the season, we can rest assured that Latics fans will also be there to enjoy the night win, lose or draw as a start to the new season ahead.

Loads of tickets have already been sold, but there will be a pay on the night facility available. So if you want to get your football fix, get down to the DW Stadium on Friday night. Latics will then be on the road to play Southport, Grimsby, Notts County and Hartlepool.

The season ticket deadline is looming, so if you need to guarantee your seat, you have a week or so to do it. Wigan Athletic Supporters Club membership can be done online or if you don’t mind queuing you can do so at the Supporters Club Bar on Friday.

Hopefully we will see a repeat of two seasons ago and enjoy  pretty decent year with us clinching promotion again, Paul Cook seems to be confident so let’s give him a warm welcome.

Remember that Cockney Latic is on social media via Facebook and Twitter, if you really want to chat to fans without losing thread of things, our message board is still the place to go.