The players are returning from their summer breaks, transfer rumours are doing the usual rounds and last season now seems a distant memory.

It is time to have a proper look at the fixture list and see what the footballing gods—or, more accurately, the EFL’s fixture algorithm—has given us.

We have already assessed our chances for the upcoming season. Here we look at the opening fixtures, local trips, the festive period and the run in, as well as who is new to the league from last time.

The Championship has twelve changes from last season in terms of competing teams, with three dropping down from the EPL, three replacing them, three falling into League One, and three coming up.

Latics have played all six newcomers before. Of those that have departed, the biggest, of course, is Bolton. Rotherham is not a huge loss, apart from the fact that we tend to do well against them, and Ipswich’s Portman Road is always a good place to go, but the journey is not one too many of us will miss.

The same can be said for Norwich. Villa and Sheffield United are two decent away days that are gone from the fixture list.

Out of the ones that have come down from the land of milk and honey, Cardiff and Fulham give us two trips to their nation’s respective capitals, while Huddersfield is a slight improvement on Rotherham in terms of a day out. Cardiff away is mid-week (15th Feb), and Fulham is 28th September.

Luton, Charlton and Barnsley all came up from League One. The first two involve two more trips down south, while Barnsley continue the Yorkshire theme. Recent encounters with Barnsley have tended to be full-blooded affairs with both teams finding the net.

The Championship is hardly overrun with teams in the northwest, and, with Bolton disappearing, there are only two local rivalries and games that don’t involve a half day of travel. Preston are our first away game, on the 10th August. Wigan host them on the 8th February.

The 21st December involves a trip to Blackburn; the return fixture at the DW is on the 18th March, midweek under floodlights.

The Opening and Festive Periods

The first few fixtures are certainly akin to being thrown in at the deep end. On opening day the Latics host Cardiff. By keeping hold of Warnock, the Welsh outfit should be better equipped to adjust to the drop than many teams of late. Then is the trip to Deepdale, before back-to-back games against two more sides that will be looking to be at least top six—Leeds (home on the 17th August) and Middlesbrough (away on the 20th August).

Last festive period, Wigan had to travel the fourth-greatest number of miles of anyone in the top two divisions. This year the fixtures have been somewhat kinder, but Wigan are still away for three of the four games. There is the trip to Blackburn on the 21st, followed by a home game against Derby on Boxing Day and a trip to Nottingham Forest on the 29th. New Year’s Day we go to Birmingham. 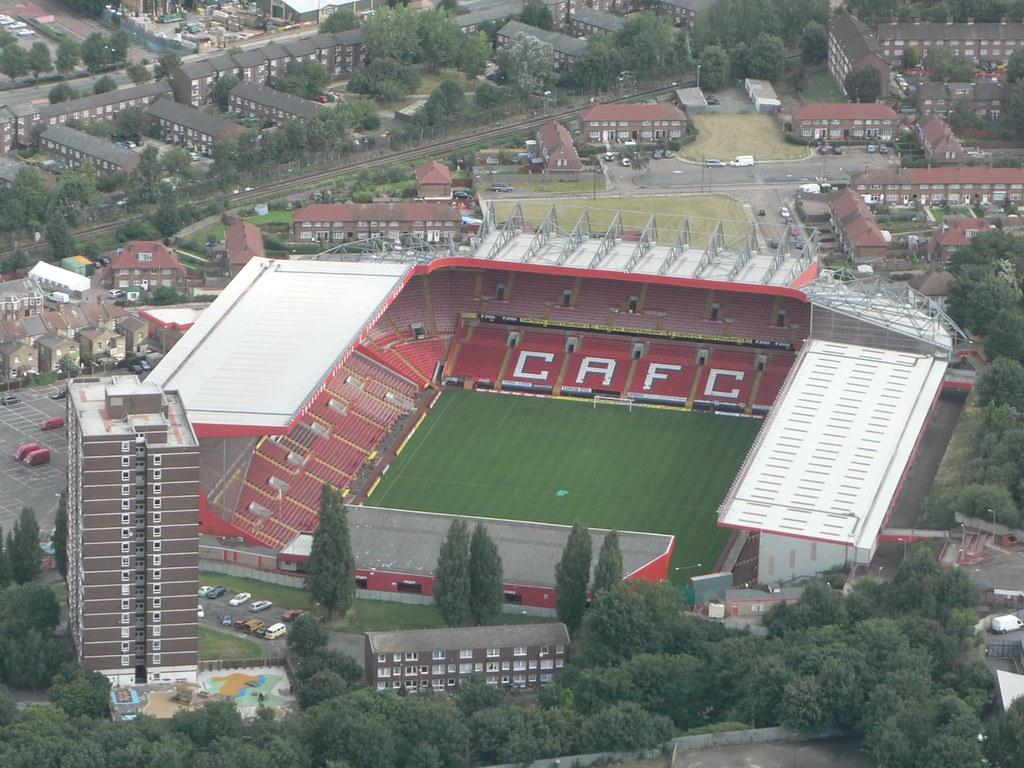 The Valley, Venue of The Latics’ final away game of the season.

The last six games feature four from London. If it is a run of matches where we need to pick up points, then we certainly could have been handed a more difficult set of games.

April the 4th sees a trip to Brentford, then over Easter the Latics host QPR on Good Friday and go to Barnsley on the bank holiday Monday. That is followed by a home game against Hull on the 18th.

The last two games of the season are against two London teams new to the Championship. On the 25th April, Wigan have their final away trip (barring play-offs…) when they go to The Valley, and a week later Fulham come up to the DW Stadium for the final game of the campaign.