A Look at Every Game in the Promotion Battle 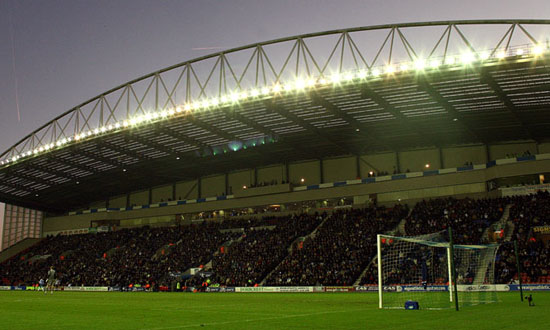 As has been clear for a while now, three teams remain in the hunt for the two automatic promotion spots at the end of the season: Blackburn, Shrewsbury and Wigan.

While most Wigan fans would have been dismayed at the weekend’s defeat at the hands of Portsmouth, they will also be acutely aware that the Latics fate is in their own hands.

While the games in hand will buoy Wigan fans, nothing is a given in League One. Below is an analysis of the run-in for all three teams, with the current odds provided for those promotions spots. If you want even more value in your football betting, check out the latest 2018 UK betting offers for free bets and more promotions.

The great news for Wigan is that of eight remaining games, only one (Rochdale) is against a side in the current top nine.

It’s a good thing too, as Wigan’s record against the top sides (especially at the DW Stadium) is pretty average (P15, W5, D7, L3). Games against relegation-threatened sides (MK Dons, Wimbledon, Rochdale, can be tough, but on the evidence of the fixture list you would expect Wigan to travel to the Keepmoat Stadium on the last day of the season knowing a win will put them in the Championship next season.

Blackburn: League One winner odds 6/4, automatic promotion odds 1/10, to win the Playoffs 12/1.
Games remaining: Southend (H), Gillingham (A), Bristol Rovers (A), Peterborough (H) Doncaster (A), Charlton (A), Oxford United (H).
While points in the bag are better than games in hand, Blackburn have arguably a tougher set of fixtures than Wigan. The ties against Playoff-chasing Charlton and Peterborough look especially tough.

In saying that, you could argue that Blackburn have been the best team in the division over the last couple of month.

You could honestly see them going unbeaten to the end of the season. Anything less that an automatic promotion sport will be viewed as a disappointment.

Not only do Shrewsbury’s games look a little trickier, including the next two against Bradford and Charlton, but they have also less margin for error with only six games remaining.

Still, they have been upsetting the odds from the very start of the season with several clubs much more fancied than The Shrews to gain promotion.

However, the Playoffs do look the most likely destination for Paul Hurst’s men. Those odds of 4/1 look tempting, but you may get better value from someone like Plymouth (14/1) or Peterborough (9/1).