A Weekend to Forget?

With no lack of controversy, action or stupid quotes; this weekend’s action made it one to forget for Man City, Tottenham, Sunderland and of course, Wigan fans.

I’ll start at Craven Cottage, which was the venue for Wigan’s stale 2-0 defeat to Fulham.

The game was no classic, and won’t have raised many eyebrows, nor will it live long in the memory for many fans, just a seemingly routine 2-0 win for the Cottagers.

Yet it was a game that Wigan fans went into optimistically, well some of us did. Latics hadn’t lost away all season up until kick off, and had only conceded two goals, both at St. James’ Park. Fulham’s season has been littered with draws, with six of their nine previous games ending level. If Wigan attacked with creativity and pace, and kept it tight at the other end, there’s no reason why we couldn’t have won.

Yet Clint Dempsey had other ideas, his two first half goals effectively killed the game, and it wasn’t even half time. Wigan looked out of ideas and looked unable to reply to a resurgent Fulham team.

In the end, Fulham could have had a hat full, yet Wigan return home with no points, and only a 2-0 defeat to mask a poor away display. It seems that last season’s inconsistency still hasn’t been eradicated.

Wigan were given another trip to the capital following the Carling Cup Quarter Final draw last week, as Latics fans were hopeful of a run to the final, our spirits took a blow by our next round opponents. Arsenal, away.

Undoubtedly the biggest game of the season for football fans in the North East took place on Sunday afternoon, with the Sky cameras in town and pride up for grabs, both Newcastle and Sunderland fans were desperate for a win. 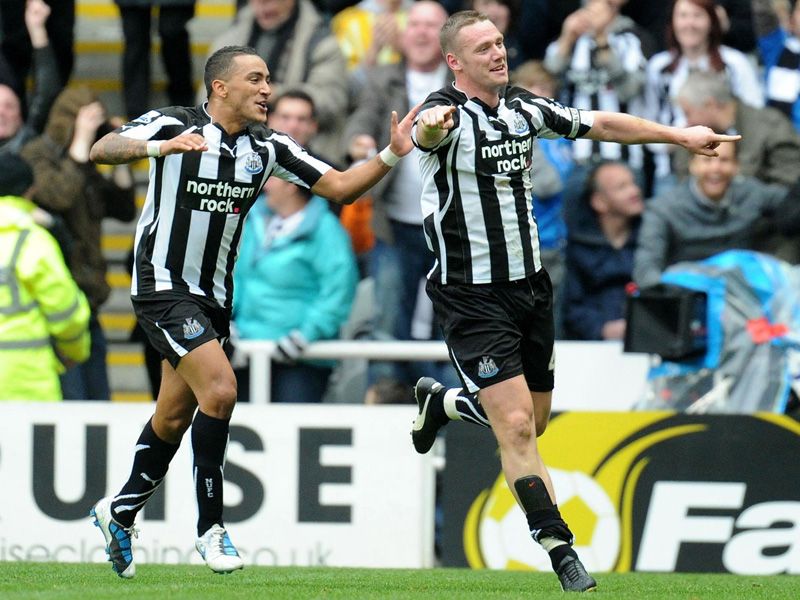 I’m sure I can speak on behalf of most Latics fans as I express my joy of seeing Steve Bruce’s face after a crushing 5-1 defeat left his Black Cats season severely dented, and morale crushed to a season’s low.

Newcastle are infamous for their hasty firing of their managers, with many biting the bullet over the years. Yet it still baffles me that Chris Hughton’s job is seemingly under threat, even after guiding them to a Championship points record and an explosive season last term.

Yet because he doesn’t find himself in the top half this season, his job seems to be ‘on the line’ which is crazy. Newcastle must appreciate that they can’t expect immediate success, and that’s relevant to every club’s fans. 17th will be a success for them as they are a promoted team, just because they’re Newcastle doesn’t make that any different.

Kevin Nolan’s hattrick did Hughton more than a favour in turning those against him, Shola Ameobi also bagged a brace to send St James’ into delirium. Just to rub Sunderland’s faces in the dirt, Titus Bramble got sent off as referee Phil Dowd booked no less than six Sunderland players. Bramble’s challenge was reminiscent of his eccentric years in the black and white as he hacked down Andy Carroll. Darren Bent poked home an injury time consolation to take a little gloss off Newcastle’s day, but it didn’t stop the party starting.

Nowadays, it’s quite often that referees are the highlight of matches, and that was definitely the case at Old Trafford on Saturday, where Tottenham were the visitors and Mark Clattenburg was in the spot light.

I’m sure you’ve all seen the Nani incident, and seen how hilarious it was, and yet I’m still amazed how it was allowed to stand.

Nani was racing through into the penalt

y area in front of the Stretford End, when Younes Kaboul made a challenge that sent the winger to the floor. Furious and desperate to earn a penalty in protest, Nani grabbed the ball as he fell before goalkeeper Gomes picked the ball in anticipation of the free kick. The Brazilian goalkeeper then tossed the ball forward to take the kick, before Nani swiftly got to his feet the knock the ball into the unguarded net. Confused? I don’t blame you.

Now whether it was a penalty, or if disallowing the goal would have had a great effect on the game is a different matter, yet there’s no way the goal should have stood.

Firstly, Nani clearly handballed and therefore a free kick should have been awarded, if Clattenburg didn’t see that, then what on earth was he looking at?

Secondly, the linesman clearly flagged indicating for the ‘goal’ to be chalked off, yet after discussing the matter with his official, Clattenburg still insisted the goal was valid. How on earth did he come to that conclusion? I would love to know what the conversation was between the two, and how the linesman failed to get the obvious point across that it was a blatant handball.

The lesson from the tale is to always play to the whistle, a schoolboy’s golden rule, and that’s relevant to Nani as well as Gomes. Also Clattenburg, eyes on the ball yeah?

One last point, could you really see that goal being allowed if it was at the DW Stadium, in front of the South Stand, where Jordi Gomez or Ben Watson was the attacker? I somehow think not.

The rest of the weekend’s results look like this:

We had some laughable, cocky and verging on cringe worthy quotes from all levels of English football this week, here are some of the best.

“Now I can say I’m one of the top players in the world.” Nani, after that goal you can say you’re one of the cheekiest. At least he has some ability to be cocky about, unlike some…

“If you ask Premier League strikers who they fear the most, they would mention me.” Dan Shittu, there’s nothing like blowing your own trumpet is there? Especially after being released by the great Bolton Wanderers.

“I’ll turn things around.” Chris Hutchings on his Walsall team’s recent form, where have we heard that before?

“They hump it forward 50 yards and try to feed off scraps.” Burton manager Paul Peschisolido states his opinion on Macclesfield’s style of play, he’ll be criticising alot of the lower league teams if he doesn’t like long ball. Maybe he’d better have a chat with a certain Mr Allardyce or Mr Pulis.

“I don’t really want to talk about the referee but he didn’t give us a lot today I’m afraid.” An oxymoron here from AFC Wimbledon boss Terry Brown, even the Non-League are at it.

Goal of the Weekend: Yakubu’s strike from an acute angle, Everton vs Stoke

Save of the Weekend: Petr Cech to deny Mame Diouf, Blackburn vs Chelsea

This week’s teaser: Who was the last team from outside the traditional ‘Big Four’ to win three top flight titles in a row?