Alcohol everywhere but at Football 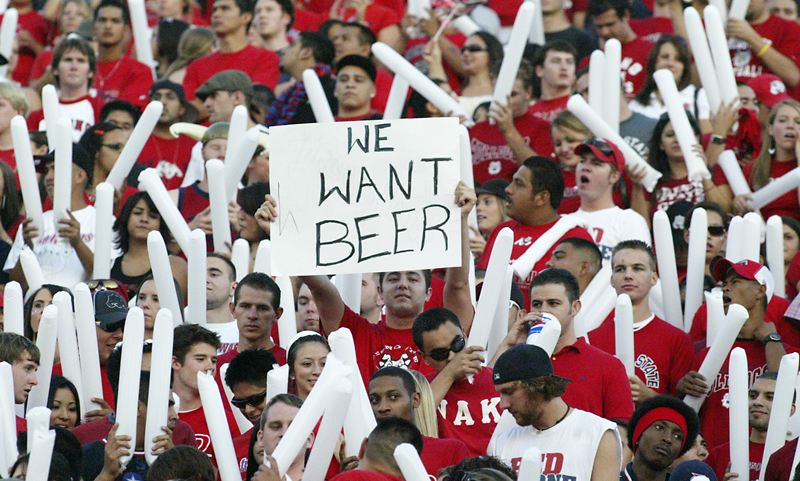 It has been some some years since we were able to stand on the terraces watching the game with a pint in our hands, but are things going to change to see Wigan Athletic have the same rights as every other sporting venue in the UK (apart from Football Stadia of course)?

Talking to some people in the know a while ago, they said it was only a matter of time before Football Grounds would governed under the same rules as other sporting events, especially where it comes to alcohol on the terraces/stands.

For a long time now the authorities have treated football fans like the scourge of sport, setting separate legislations and even laws just for fans going to watch a game.
In no other sport will you finds laws against drinking on coaches or mini buses going to and from an event or even from drinking whilst in view of the pitch.

For many supporters of Wigan Athletic and the broader football community, having a pre and post-match drink is an integral part of going to football.  Advertisers, retailers and sponsors, the relationship between fans and alcohol is a match made in heaven, the FA Cup was sponsored by Budweiser from 2011 until 2014.

You can go to watch Wigan Warriors on a Friday, pint in hand in the stadium whilst the next Saturday have to be confined to the concourses if you want an alcoholic drink at the Wigan Athletic game.

Where did they get this legislation from, I think we have all forgotten. Brewed from a day when bad things happened at games, but how much effect did alcohol have on his?

Fans guzzle far more now before and at half time, knowing they can’t spread it out over the course of the game. Having drinking in the stands brought back could possibly even reduce the amount of drinking at games.

I have of course no more evidence of that than the authorities have of ‘bad things happening’ when it is allowed’.

The FSF have had a bit of a look at the issue and their report is here, but what do you think?

See our Forum and have your say.