An Irish Author Published a Book about CONIFA 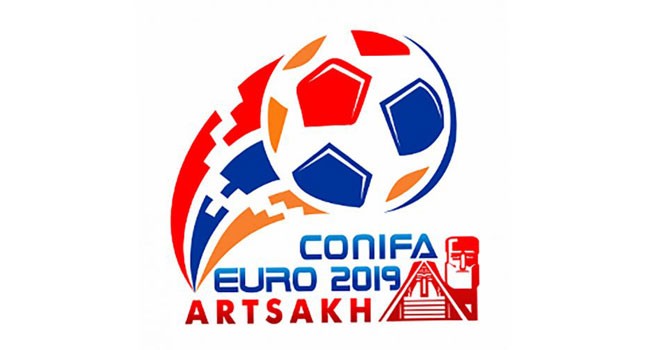 2019 CONIFA European Football Cup will take place in Artsakh on June 1–9 where 12 teams will try to win the third CONIFA Cup. Last competition was back in 2017 in Northern Cyprus where Padania won the tournament by beating the hosts 4:3 (3:2 on penalties), while Székely Land won in the game against Abkhazia and claimed the third place.

Did you catch any of that? The majority of football fans who heard about the CONIFA Euro Cup 2019 for the first time were all equally confused about it. If something is a European Cup, how come that nobody in Europe knows about it? That’s because it is a new tournament that is yet to become popular.

What Is Actually CONIFA?

CONIFA was founded back in 2013 and has been actively organising tournaments all over the world since its foundation. The European Football Cup and the CONIFA World Football Cup are the two major tournaments they organise and support.

The federation is currently headquartered in Luleå, Norrbotten, Sweden and has a total of 55 members who make sure that there are European Cups and World Cups every two years and every four years respectively. The term member is used loosely to refer not only to countries but also other organisations, national and linguistic minorities, indigenous groups, cultural organisations, and more.

CONIFA: Football For The Forgotten

Recently, an Irish author called James Hendicott published a book called CONIFA: Football For The Forgotten. The piece is a result of his year-long work on the subject. Not only did he spend some time in London to meet the teams and members, but he also interviewed more than 50 people to gather material for his book.

He tackled some issues such as the barriers that many teams and organisations have to break down in order to participate in CONIFA football cups. Hendicott focused on 16 teams which were part of 2018 CONIFA World Football Cup and faced each other in non-league stadiums located all over London. He followed every game, spending time with fans supporting the teams, as well as the managers and football players who represented those teams. According to him, many of those players left their homeland (or territories where they used to live since some of them don’t actually have a ‘homeland’) for the first time in their lives.

Most importantly, Hendicott discusses day-to-day struggles of individuals or a group of people who love football but live in countries that are not recognised or are minorities living in recognised countries. Many of them had to go a long way only to become able to play their favourite sport, let alone join FIFA. Most of the football fans in areas that do not face similar problems regarding this sport aren’t even aware of the professional players whose only wish is to play against other countries, peoples, groups, organisations, etc.

This is where CONIFA comes in and saves the day. The book by James Handicott will certainly be an eye-opener to many football lovers around the globe who are interested in alternative football where big sponsors, millions of dollars, and corruption haven’t affected the true spirit of this sport.