Are we all in agreement (for once)? 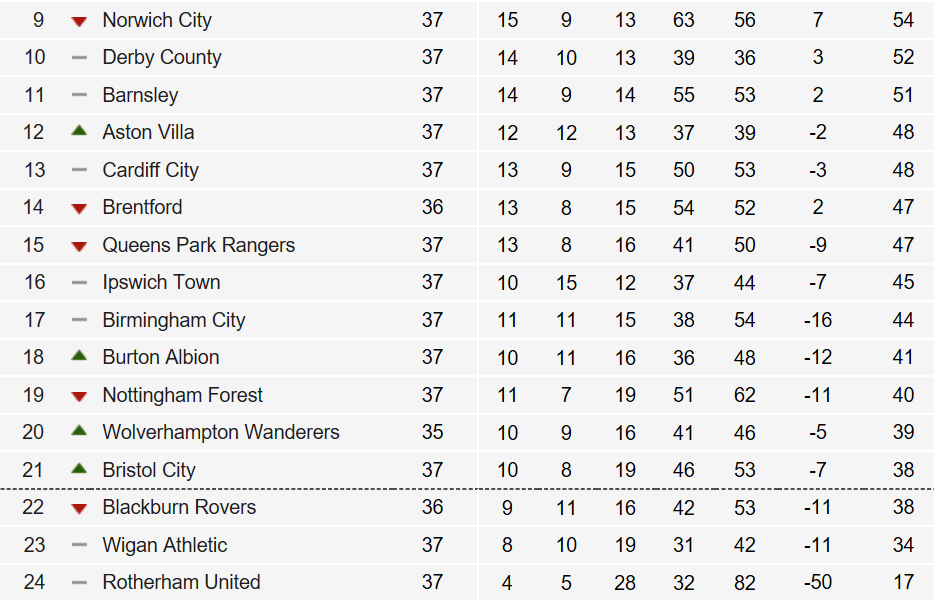 The situation Wigan Athletic find themselves in (again) right now has actually had a binding effect on the fans, for once we are all in agreement about something.

After losses against Blackburn and Bristol, the fans in the stand and on the Cockney Latic message board are all talking about the same thing.

I think that one thing that has happened is, Latics fans are pretty much United in their feelings at the moment. This is quite unique, as previously the support has been pretty torn over whether to keep or sack a manager or not. But I think this time, it’s a universally agreed thing.

Joyce has been a disaster, he really has. Made some daft signings…what was the point of Alex Bruce? Mandaron? Weir? The best one he signed, Jack Byrne, who looked class for Blackburn, has never played. Mind-boggling.

Now, we pretty much know we are going to go down. People are talking about needing 16 points from 9 games, that’s not going to happen. Not going to suddenly average about 1.8 points a game…a 2 point average is promotion form, usually. Plus, other clubs will pick up points along the way. Rotherham are gone, and so are we. So it’s league one next season.

So what should we do? Well, firstly, sack the manager. Goes without saying..bring a new guy in and turn the negative into a positive. Use the rest of this season to plan and prepare for next season. Get the likes of Burke and Cosgrove back at the club and involved in the games and squad.

Fire off the loan players who have no heart and interest in us as of next season. Sort the wheat from the chafe, so to speak, and find out who wants to be here and who doesn’t.  We need to hit the ground running, come August, and not be finding our feet until Christmas. Worst case scenario is Burn and Morsy going in the summer, especially Morsy, as I feel he would be a kingpin next season.

There is serious, serious surgery needed to this squad, it’s become bogged down with daft signings and wasteful loans, a disaster. Luke Burke should here and playing, not on loan at blooming Barrow! That’s unbelievable.

I think it’s all about being real and honest about our situation. But also taking the reality and seeing how we change the situation…I sound a bit Roberto-ish there. Basically, all about accepting our immediate future, League One, whilst not liking it, or wanting it. We have a squad of vastly under performing players.

I’m not naming names, but there’s too many of them. An example is Jacobs (ahh bugger I have mentioned a name), Warnock (paa and another)….. OK, Ok I am going to name names…. Buxton and Connelly, they have gone backward, Power hasn’t performed all season but starts every game when ‘fit’, Why is this? It’s not all Joyce’s fault, but he’s come in and supposedly was to improve things and keep us up.

That would basically have been his brief. He has failed to deliver. I’d relieve him of duties now, let Barrow take the reins and really look at who shows an interest in the role…approach a couple of people as well, Rowett, Neil, etc, see if they are interested in what will be a league one job.

Get them in for April and basically the pre season starts then, giving us a head start over other clubs. It’s a different level I know, but Skem United have just done this. Brought Alan Rogers in to a team basically relegated and letting him get going for next season.

A team that was getting beat 3 nil a few weeks ago are now losing 3-2, as he is obviously improving things. This is what we need to do at Latics. The player reshuffle also needs to start now. The likes of Hanson, etc who are on loan need to drop out of the equation.

They are going to be elsewhere come August, so we need to think and prepare without them.

With the right manager and handling the situation right, we can bounce straight back next season, I’m sure of that.

But if we mess about and cock it up, we could struggle again.

We will have a fight to keep Morsy, I think, we must try to keep him, but the chairman and owners need to act now, because it’s a God awful mess.