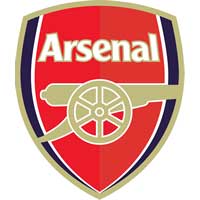 Bobby said that the first 50 minutes of the Manchester United match are what got us the win against West Ham last weekend and he said we should have no fear going into the game against Arsene Wenger’s Arsenal this Saturday.

Without doubt Arsenal are going to be a different challenge to what the Hammers were last week, but as has been proved over and over, these teams are beatable and Latics need to get into their stride quickly if they are going to get anything.

Martinez says his team is developing nicely and they are learning from every game, he should this week have his full squad to choose from including Olivier Kapo who looks like he set to have another chance with us. As of yet there is no news regarding the two trialists M’Bami and Macho but even if they were signed up it is unlikely they would be playing in this game.

Wenger could have Van Persie and Almunia back from injury and he will want to three points in the bag after losing out to the two Manchesters in successive weeks. Martinez will be looking at gaining any points he can from his next two games.

Roberto said of the tie this weekend: “It’s a glamorous game at the weekend against Arsenal at a fantastic venue, and playing in these kinds of games is why you want to become a footballer, everyone is excited and looking forward to it and we’re all aware of the huge task we’ve got in front of us. But these types of games allow you to push and test yourself as a team, and the performances we give in these games can be used in the future too.

“We all saw how Arsenal went down 2-0 in the Champions League the other night, but continued to play in the same style throughout the game. In the end they got their reward and it’s something you have to admire, there are not many teams who would have that philosophy.

“They have lots of options available to them and I’m sure they’ll use their full squad. The travelling they’ve had to do can work as an advantage to us, but overall I don’t think it will be a major factor in the final result.

He went on: “We’ve got that winning feeling too, and when you’re in that mood, you can’t wait for the next game to come. The performances they’ve given recently have been really good, but they haven’t the results to go with it, maybe on another day they would have got something out of those games.

“What we need to do is concentrate on ourselves. We want to try and re-create the kind of performance we gave last weekend, and go to the Emirates to be ourselves. It’s also important to show the same levels of concentration for the full 90-minutes and use the experience as a step forward. It’s a huge task, but we’ll go there with a clear mentality and try to win the game.”