At Least We Can Save Penalties

I don’t like to spread a mood of cynicism regarding the Latics, there’s plenty of Wiganers that would happily do that all day long, but with a meagre 15 points from 22 games, I think everyone is perfectly aware of the looming threat which is relegation.

In our six previous seasons as a top flight club, we’ve managed a league ‘double’ in each campaign, to continue that pattern, Wigan must now beat West Bromwich Albion at home otherwise it’s a pattern broken after defeat at Loftus Road. More alarmingly though, we lost to a relegation rival who have hardly looked incredible in recent weeks.

Granted, the ‘new manager’ effect was always going to be detrimental for a visiting Wigan side, especially when the new manager in question is one of the quality of Mark Hughes. If Neil Warnock was still the manager at QPR and the pressure was mounting, then maybe the result would have been different. He isn’t though, and it wasn’t.

A real gripe for all Latics fans is the softness of the goals we’re conceding in every game, and that was a trend which continued on Saturday when James McCarthy inexplicably handballed in the area to give QPR a penalty. What happened to keeping it tight away from home?

Another penalty was given away in the second half by, guess who, our ever reliable, solid and error-free captain Gary Caldwell. This was an opportunity which should have killed the game off but Helguson was denied by an excellent save from Ali Al-Habsi. That was, unbelievably, his fourth penalty save of the season, after saving from Carlos Tevez, Kevin Davies and Charlie Adam previously. They say saving a penalty is like scoring a goal for a goalkeeper, in that case, Ali is our joint top scorer. Mind you, he does get more chances to save penalties than our forwards do to score goals.

The killer goal, QPR’s third, was scored by a distinctly average player (Tommy Smith) who was given the freedom of Loftus Road to smash the ball into the top corner from 30 yards. Game over.

To be fair, QPR’s second goal was a magnificent free-kick from Akoz Buszaky which flew in off the upright in a Beckham-esque fashion. Hugo Rodallega was not to be outdone when he scored an equally brilliant free-kick from an almost identical position, and in doing so, provided the first piece of meaningful action he’s produced all season.

There was one silver lining to come out of a looming cloud bigger then Manchester City’s wage bill: Antolin Alcaraz was revealed to be injured and out for several weeks. That gained a celebration from myself much greater than Hugo’s goal.

Following such news, Martinez has revealed he now must invest to replace those injured. It’s a good job he’s not looking to replace all those out of their depth because he’d be looking for a whole new squad potentially.

News has emerged today that we’ve agreed a fee with Birmingham City for Jean Beasejour, it’s a start I suppose.

If we sign him, I’m willing to give the lad a chance as sometimes fresh legs and a new personality can really lift a team. I’m just worried that there’s other positions on the pitch that need reinforcements more, like at centre back (see last week’s article).

Personally, I’d also like to see another striker at the DW, I’ve mentioned Billy Sharp before and Nicky Maynard has been linked and I’m fully behind the idea of both players joining. 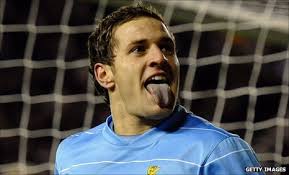 I’m well aware of Marlon King, Jason Scotland, Jason Koumas and the likes who set the Championship alight and then failed in the Premier League. I’m well aware of the risk, but these two players are of undoubted potential who have scored regularly in struggling Championship sides this season.

They’re also young, hungry and full of the enthusiasm that any poacher stepping up a level needs. The insurance policy is that with either of these players, if they fail to perform and we do end up going down, they are proven in the Championship and can be a real benefit to us next season. Providing we can get either of them at a fair price, why not go for them? We’re in a situation where we need a goalscorer and a proven Premier League striker isn’t just going to appear from nowhere, we need to take a risk and be prepared for it to fail, otherwise we’ll be stuck with the goal starved Sammon and Di Santo. I’m not promoting panic buying, but Maynard and Sharp wouldn’t be anything like panic buys in my view.

If not, there’s always Jason Roberts to fall back on, eh?

I’d also like us to show some ambition and go for players like Nedum Onouha and Mame Biram Diouf, but I realise we’re just Little Wigan and I don’t blame W 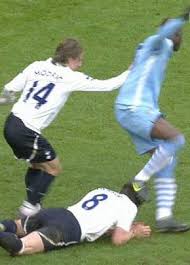 helan for not throwing his money naively at a project which is in great danger of relegation. Would you?

The transfer window is notorious for inflated transfer fees and Manchester City would be the team most expected to pay these amounts. At present though, they’re concentrating on matters on the pitch and don’t seem in need of reinforcements after another win against a title rival.

Their opponents Spurs had many questions to answer: Could they do the business without Adebayor? Are they good enough to beat a title rival head-to-head? Could they handle the pressure?

Only indecisive responses to those questions can be drawn from a thrilling encounter in which Spurs came back from 2-0 down only to succumb to a last minute penalty and the controversy of Mario Balotelli.

Scoring twice at the Etihad showed that Spurs aren’t reliant on Adebayor for goals, but Jermaine Defoe suggested maybe he’s not the faultless marksmen a title winner requires after missing a golden opportunity late on. Spurs showed that they were good enough to match City, yet ultimately failed to get the result they needed. Yet it could all have been so different.

As Mario Balotelli arrogantly rolled home the winning penalty effortlessly, there was a burning sense of injustice amongst Spurs fans who believed he should have previously been sent off.

It’s a view shared by Harry Redknapp and one vindicated by TV replays. Balotelli clearly stamped on Scott Parker’s head and it was Sod’s law he would bag the winner after getting away with his crime. Even if the FA do give him a suspension in response, it’ll be no consolation to Spurs who will still have an extra defeat in the record books and an extra three points to claw back from City in order to win the league.

Goal of the Week: What a return from Robbie Keane at Molineaux, he scored one belter and an even better second to win it 3-2 for the Villa.

Graham Kavanagh of the Week: Clint Dempsey continued his great form and bagged a hattrick to sink Newcastle at the cottage 5-2.

David Graham of the Week: Balotelli and Torres had their moments, but the winner has to be Thomas Sorensen for jumping out of the way of James Morrison’s strike which led to the opener at the Britannia.

Quote of the Week: “You don’t know what you’re doing” Chanted the Arsenal fans at Arsene Wenger, evidently he doesn’t have a clue, hence his great reputation as the footballing professor.

Boselli Watch: You think Joey Barton is a nuisance on Twitter? Super Mauro takes it a step further by provoking World War III with an abusive tweet aimed at Sepp Blatter.