Back to back wins, more of the same please 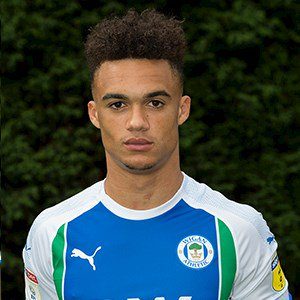 The league table apart, Wigan Athletic fans have quite a lot to look forward to for the rest of this season, after back to back wins over the Yorkshire mob see us brimming with confidence.

I commented last week that Latics could not repeat the heroics of last season at Elland Road. Back on Good Friday 2019, we went to Leeds United staring relegation down a barrel.

Our hosts were just trying to wrap up their automatic promotion spot by hammer us that day and it nearly went to plan. Being down to ten men after 15 minutes and a goal down after 20, it looked ominous. Looking at the odds, with signup offers for Ladbrokes we were 20/1 to come back from that.

Then Wigan decided they weren’t going to lay down and die, they stood up to the plate and battled for every ball. The lads not only got a goal back but went on to win the game. Like last season, we are in the relegation zone and starting to be set adrift from the pack up above us in safety.

That was until we recorded a tremendous home win against Sheffield Wednesday, where we looked like we could end up losing, only for some sweet play and possession saw us through for the much needed 3 home points. Then we had transfer deadline day where we looked to be getting Jordan Rhodes and losing Antonee Robinson.

Neither happened, the latter actually sitting with the fans at Leeds after spending the day and evening at AC Milan, only for the deal to fall through at the last minute. He wouldn’t have been disappointed with the result, but may be feeling he will have step up his game after Tom Pierce played really well in Jedi’s position.

Latics were on the back foot for nearly all the game, I lost count how many last-ditch tackles and off the line clearances there were. But the game was to be settled from an in swinging corner that had the Leeds defender flapping In the air to head into his own goal….. 1 nil and we wondered how the hell that happened.

Not only that, but we didn’t see the implosion in the final 10 minutes that has cost us so many points, not just this season where we are on around 30 points lost from winning positions, but from the last 2 seasons. We leave Elland Road in total joy and then realise that we have won back to back games, when did that last happen???

What we really want to see is the hat trick, getting one over on our near rivals Preston North End, might just abait the ‘Cook out’ brigade and have them start believing again. Lets face it, our results haven’t mirrored the performances and fans go on how many points we have not what we should have.

Last season we went on to win 5 of our last seven games including Leeds (winning at home obviously), if we can match that feat in the next 6 games then we will be thinking more about sneaking into the play offs rather than relegation. Haha, maybe not, but I am sure all Latics fans at the moment must feel positive and feel good about the future.