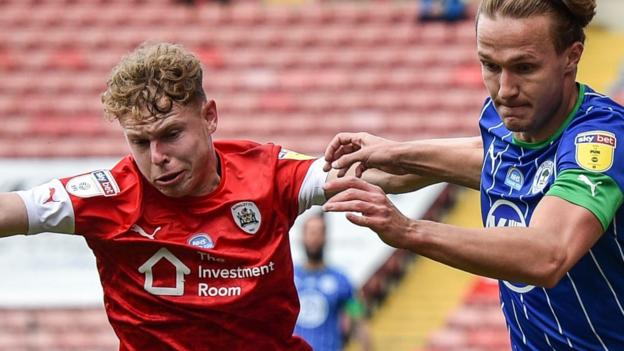 Prior to the game this looked like the perfect place to pick up another three points on the road to safety, presuming that we will receive a point deduction for being plunged into administration.

The reality was rather different as Barnsley were for the most part the better side as they too looked for valuable points in their own survival bid, no doubt aiming to stay within twelve of ourselves to use the points deduction as their possible escape route. 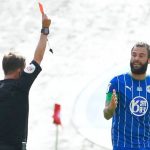 This was probably our worst display for some while although that may be a bit harsh as it was still full of the energy, passion and commitment that we have been so proud to see this last week even if the final ball wasn’t as slick as we have become accustomed to in recent weeks.  The effort and commitment from the players was there for all to see in the final 20 after Danny Fox had been shown a red card by an official who made some rather bemusing calls for both sides.  Kal Naismith threw his body on the line on more than one occasion, filling in again at centre-back where he will presumably feature for the remainder of the season if Fox is handed a three game suspension, and skipper Samy Morsy covered every blade of grass and continued to chase everything right up until the final whistle.  There is no doubting that this group of players will not be rolling over and accepting relegation having worked so hard to get themselves away from danger.

A point here was actually a good result given the other results and does actually see us safe from relegation as the table currently stands, but with the deduction looming we find ourselves bottom of the table but with safety still very much in our own hands.  Barnsley will look on this as points dropped and with their remaining three fixtures against Leeds, Brentford and Nottingham Forest may come to regret the chances they missed.

Cockney Latic MOM: Each and every single one of them
Referee: David Webb (2/10)
Attendance: 0
Video Highlights: click here