Big transfers that haven’t lived up to expectations 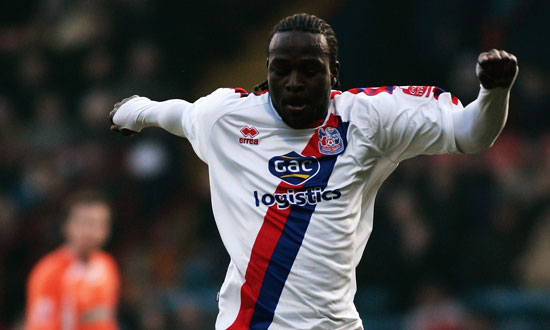 A fool and his money are soon parted, or so the saying goes. If you are in charge of a successful football club the responsibility of how to spend the millions in your charge on new players must be a challenge and a real worry. Unfortunately, sometimes clubs do make decisions that in hindsight appear foolish.

Although there are a million and one transfers that may not have worked out perfectly, some of these deals appear ridiculous, simply because of the hype and huge amounts of money involved in the deal.

It can be unfortunate for the player involved of course, should you be able to look past how much they are paid just to warm the bench somewhere. Imagine if you were a footballer looking to make it at the top and a big club came calling – it would be hard to say no to the opportunity, and it’s always a lot easier to comment on something in hindsight.

One transfer that still hasn’t worked out is that of Victor Moses, who has been passed from club to club after making the switch from Wigan to Chelsea back in 2012. It feels like a long time ago, doesn’t it? Moses has only managed to make a paltry 23 appearances for the 2015 league champions, and has been sent out on loan three times in four years, turning out for Liverpool, Stoke City and West Ham United in the last three years after failing to cement a place at Stamford Bridge.

These errors of judgement are a sad side effect of the huge bounty of money in football. This is thanks to a worldwide audience and gigantic television deals that plump up the clubs’ coffers. It leads to big clubs with a lot of money snapping up young stars with plenty of potential but not affording them enough of a chance to make it to the big time.

This leaves many players languishing in the background whilst still pulling in a great wage, and there have been many cases of this in the last couple of decades, especially in the Premier League. Anyone remember Winston Bogarde? The much talked about case of a player refusing to leave in search of first-team football simply because nobody else would be able to match anything like the wages he was receiving at Chelsea.

888sport has done some research on this phenomenon and there is a good article on its website that celebrates some of the worst deals (or best, depending on which club you support!) to have been made, and what it did for respective players’ careers in the process.

Arguably two of the richest clubs in the league at present have been involved in some of the biggest transfer flops in recent times, as they looked to invest as much as they could as quickly as possible to push the team to greater heights. This frenzied dream has led to many players coming in and out of these revolving doors, and there will no doubt be many more to come as more clubs clamour after the big stars in search of glory.