Blackburn rough out a point at Latics 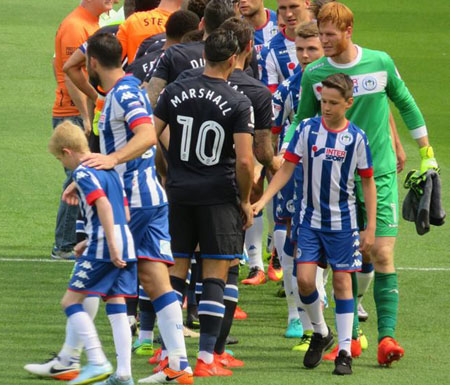 What a great day Saturday turned out to be, entertainment, a good crowd and signs again that we will be there or there abouts come the end of the season.

The Club put on a red rose day which saw real ale being sold in all bars, some great food and we even had the infamous Chonkinfeckle playing in the Supporters Club Bar, Suites and on the pitch at half time.

Alan Mahon was also doing the rounds, with Q&A appearances in the Supporters Club Bar and Suites. Alan was of course part of that superb team that gained promotion to the Premier League and he shared some good moments from back then.

The match was always billed  as one of the games that would see where we were compared to a Blackburn side that was heavy favourites to win the league on match day 1.

According to the best sports betting apps, which scour the internet to get the best odds, deals and incentives Blackburn kicked the season off a good two points better off in the odds markets than Wigan Athletic.

Looking at this game though, you wouldn’t have thought it and I think that is why Rovers haven’t lived up to their billing. They tried to rough it up, but didn’t really have any quality to worry Latics too much.

The visitors didn’t have a shot on target in the first half, but to their credit they also defended very well and frustrated Wigan in to only having two shots with any purpose themselves. There was a great shout for a Latics penalty which the Linesperson missed.

The second half picked up a bit for Latics and that job was made easier when Rovers’ Bennett dived in the box to get his second yellow card. They were already set up for a draw and so this just cemented they way the rest of the game was to go.

Wigan were obviously on top for the rest of the game, but again couldn’t find a way to gain three points that would have had us on the top of the league again.

Elder, Powell and Massey all had great efforts saved or hit the post, and with Shrewsbury losing at Peterborough it would have been a great end to the day. But we had to be happy with a draw and we can now start to look to the FA Cup First Round on Saturday.