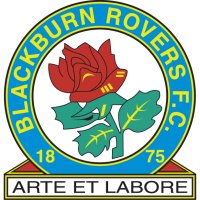 Latics will want to put the disappointment of Fulham firmly behind them as we travel the short distance to Ewood Park where Wigan Athletic will take on Blackburn Rovers, the losers will end the day in the relegation zone.

Last week we went to Craven Cottage with the hope of breaking away from the bottom of the League, unfortunately nobody told the players how important it was and a lacklustre performance was rewarded with Fulham leapfrogging us to mid table.

A similar situation lies before us this weekend as we take on Rovers who currently occupy the dreaded 18th place and as they are only a point behind us, if they win we will replace them there and it will Big Sam that will be smiling.

We have a disastrous record against Blackburn and it would take our first ever win at Ewood Park to give us that morale boosting victory to spur us on. In our ten previous games against them we have only recorded two wins and both of those were at home.

The negative side is there to see with Latics, we don’t know which side will turn up. The methodology of the passing game we play will be put to a numbing test against a team that will undoubtedly try to play most of the game with the ball nowhere near the grass.

The positives are that some of Rover’s better players will be missing and those that do play will be distracted with all the commotion surrounding the impending takeover of Indian food giants Venky’s. Add to this a lack of confidence in the ranks an dwe could well do a job over our near neighbours.

It will be a sad day for Mr. Whelan, two of his good friends died this week, John Benson’s sudden death we all know about, but one of (ironically) Blackburn’s old captain and team mate of our Chairman we probably don’t know much about.

There will almost certainly be a bit of respect shown for Ronnie Clayton and this will add to the atmosphere in the ground.

Latics really need to start clicking, the period of bonding should have well and truly passed now and results are what are going to keep us in this league and pushing forward. The knockers and moaners who support the club are beginning to convert others around them and the only way they are going to be silenced is by this team winning some games.

Like it or not we have missed out on some nailed on points in the past couple of games (Bolton, Newcastle and Sunderland are all games we should have won), we should have had another 6 points on the board that we can’t get back.

It is the time of reckoning, we need to start scoring goals, we need to attack and show the doubters that we are here to stay.

The referee will be Kevin Friend for this game. We of course will remember him from our Carling Cup win over Swansea, he has dished out 10 yellows and 1 red in 3 Premier League games this term.