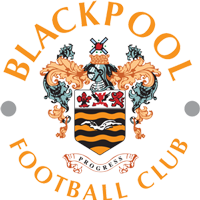 Wigan Athletic have got past the (on paper) hard games, now is the time to get points on the board as we play most of the teams around us in the league, starting with Blackpool this weekend.

Latics were yet again very unlucky not to get anything out the game against Chelsea; we were also victim yet again to another big refereeing decision not going our way. How Fernando Torres’ interfering with Ali Al Habsi in the Wigan goal was not deemed a free kick is beyond me.

We now have games against Sunderland and Blackpool, both of which are having a hard time of it and both of which we need to get serious points out of. This weekend’s opponents set off like a house on fire, but have drifted back down the league in the last couple of months.

A win for Latics could well lift us out of the bottom three if other results go our way, a loss would see us rock (how many puns will there be in this) bottom and four points away from safety. A draw is not ideal but it wouldn’t be the end of the world, anybody thinking we are going to get an easy ride of it will be brought straight down to earth come 3 p.m. on Saturday.

Bloomfield Road has had quite a bit of work done to it since we last visited, and it was the finishing stages to this work that saw this fixture switched round. We should have played here on the opening day of the season but for the stands not being completed.

The actual game was played at the DW Stadium and if nothing else fires the lads up this weekend it should be the fact that we were left embarrassed and forlorn after the Seasiders went away with a 4-0 victory.

A reversal would be great, but I am sure the 3,000 strong Wiganers would settle for a 1-0 win and have them doing the conga back home. Adams will be the one to watch in the Tangerine, he has single handedly kept them in the race this season.

Latics will have a full strength squad yet again to choose from and it will be interesting to see if he adopts a 4-5-1 or a 4-3-3 set up, Connor Sammon is chomping at the bit and this could be the right time to unleash him.

Whatever happens Saturday I am sure the fans will make sure they are heard and if we play the way we know we can, I am sure we will have too much for our hosts.

The season starts here and two decent results in the next two games will see a whole different outlook on the year.

For all previous results between Wigan Athletic and Blackpool Click Here