A new Championship season brings new hope among the Latics faithful. Staying up last year was no mean feat by Paul Cook and his men. In truth, the Latics were never in danger of falling into the drop zone throughout 2018/19 – thanks largely to some catastrophic seasons for Ipswich and Bolton alike. 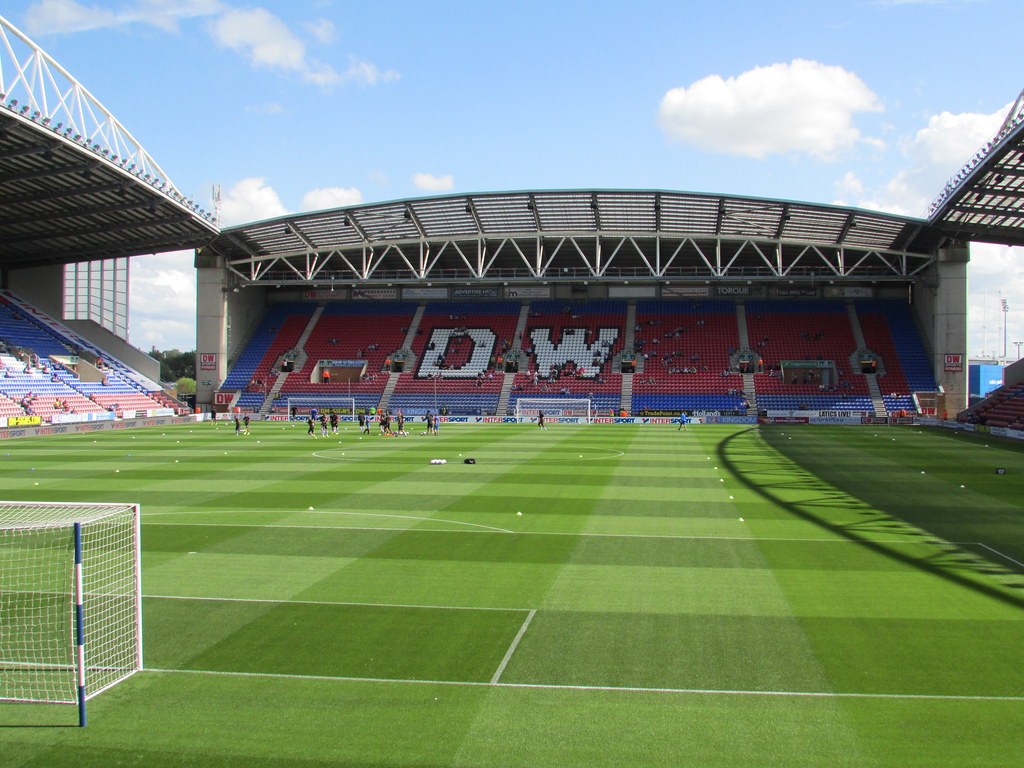 Will Wigan light up the Championship at the DW Stadium in 2019/20?

Supporters will be hoping that survival last term will bring stability in the second tier, as Cookie looks to establish Wigan on the fringes of the Premier League promised land. The bookmakers are rarely wrong when it comes to pre-season odds-making and they seem very confident that the Latics will have another relegation-free campaign in 2019/20.

It’s little surprise that Wigan isn’t at the top of the list on the Championship relegation market on Oddschecker because there are plenty of other ‘problem’ clubs grabbing the headlines, notably Birmingham and QPR. For the Blues, the loss of boss Garry Monk will hit the squad hard. Monk managed to over-achieve significantly with Birmingham, taking them to the brink of the playoff places prior to their points deduction for breaching the EFL’s profitability and sustainability rules.

The scenario is very similar for QPR, with new head coach Mark Warburton having to work under similar financial constraints to Monk at Birmingham. Rangers are having to cut their cloth accordingly to avoid their own points deduction in 2019/20, with the Hoops turning their attentions to youth rather than expensive prima donnas. There are other sides that are tipped to be much weaker than Wigan in 2019/20 too.

Most notably, League One play-off winners Charlton Athletic who have very little financial backing from their controversial owner, Roland Duchatelet. Berkshire club Reading have also endured back-to-back 20th place finishes, with the Royals teetering on the brink of dropping out of the Championship due to their own inability to compete with the spending power of some of the league’s bigger clubs.

The arrival of David Marshall offers a proven, safe pair of hands at Championship level

One of the main reasons why Wigan are being considered a good shout for Championship survival is their tight-knit squad. Paul Cook has trimmed down the squad significantly during the close season, letting go some of the squad’s dead wood such as James Vaughan, Devante Cole and Jamie Walker. He’s also strengthened in between the sticks, bringing in David Marshall from Hull City.

The Scotsman is hugely experienced at second-tier level and will provide a calm, dependable pair of hands. Fellow Scot Lewis Macleod has also arrived on a free transfer following his release from Brentford to provide a healthy dose of pace and trickery on the flanks.

Some of last year’s new signings have taken some time to bed into the Latics squad. Striker Joe Garner started 2018/19 with niggling injuries and as a result was always on the back foot last term, so he’ll be looking to make a better impression in 2019/20. Playmaker Josh Windass was another big signing for Wigan last term, with Cookie pipping Paul Hurst and Ipswich to Windass’ signature before the closure of the August transfer window. Windass spent much of last term in the shadow of Nick Powell, but Powell’s summer departure means Josh will have a bigger role to play this time round – more on the loss of Powell shortly.

The experience of Danny Fox at centre back will be vital this season. The former Nottingham Forest defender is well-known for his calming presence and ability to bring the ball out from the back. Full backs are becoming increasingly important in the modern-day game and it will be interesting to see how American left back Antonee Robinson fares in his first full season as a permanent Latics player. He impressed greatly last term and fans will be hoping he can kick on in 2019/20 and continue to provide another attacking outlet.

A word of caution despite the bookmakers’ predictions of a 16th place finish – there’s plenty that could be improved upon from 2018/19. You don’t have to be a genius to work out that Wigan’s away form was one of the main reasons why relegation was even a talking point last term. With just two league wins on the road all season, even if Cookie and his troops can improve that record three-fold, it could be enough to give them some much-needed breathing space. Cookie’s forward-thinking style of play doesn’t lend itself well to away games though unfortunately, when teams need to be rigid and resolute to grind out results.

However, there’s no getting away from the disappointment of the Latics losing their talisman, Nick Powell, to Stoke City. The playmaker, who broke through into first team football at Crewe at the tender age of 16, was vital to Wigan’s promotion-winning campaign in League One 2017/18 and despite an injury-hit 2018/19, he still managed eight goals and six assists in 32 Championship appearances. Unfortunately for the Latics, the lure of returning to Cheshire and to play for a Stoke City side still benefitting from Premier League parachute payments proved too strong for the 25-year-old.

While Latics supporters will be excited to see the development of Antonee Robinson from left back this term, they’ll be disappointed not to be able to see more of Chelsea youngster Reece James on the other flank. Last year’s player-of-the-season, James was a virtual ever-present in the Wigan side at right back, demonstrating a maturity that belied his tender age and even getting on the scoresheet three times too. Losing that spark from right back will be a big hole for Cook to fill in 2019/20, as James looks set to be parachuted into the Chelsea senior squad by new Blues boss, Frank Lampard.

One thing’s for sure about the Championship – there is never a dull moment. Wigan’s hierarchy insist they are working tirelessly to strengthen the squad prior to the closure of the August transfer window, so the situation could look entirely different come September. A proven goalscorer and a domineering box-to-box midfielder could be the difference between pushing for the top half and looking over one’s shoulder at the relegation trapdoor.