Bramble and Boyce commit to Martinez 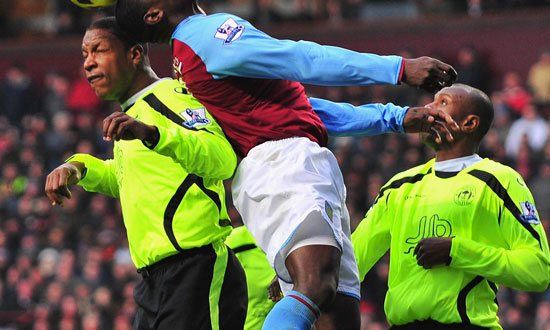 Titus Bramble and Emmerson Boyce have thrown their names into the hat and committed their future to Wigan Athletic and Roberto Martinez.

Last year’s Player of the Year and his partner in defence have signed new deals which will see them at the DW Stadium until 2012. The two were entering the final year of their present deals, which prompted our new manager to make sure they would be here for the long haul.

Bramble said: “This is where I want to be, and I’m very happy to be signing a new contract and staying here. I’m very happy here and am also delighted that Boycey will be with me too. He played very well last year – in fact he’s played well since he’s been here.”

Boyce, who joined the club from Crystal Palace three summers ago for a bargain £1m, admits the news will allow him to fully concentrate on playing rather than off-field distractions saying:

“It’s been going on since last summer, and it’s been a bit frustrating for me. To start with the two sides were quite a way apart in terms of reaching an agreement, but it all been sorted out.

“Now I then have to prove to the manager that he was right in keeping me at the club. The contract will take me to my early 30s, and it’s a very important contract for me – which is probably why it’s taken so long to get it done. It had to be right for me, and obviously it also had to be right for the club.”

Latics fans will be chuffed that they now know the defensive unit of the team will be an established one, with only the future of Paul Scharner to be decided there, everything seems to have gone very quiet on that front, maybe it’s about time his agent started telling everybody how good his again eh???