Ever since he was brought in, fans have been expectant. Yet despite the transfer fee, the goals haven’t been flowing and up until this weekend, he was still goalless for the Blues. Until now… The striker has been barracked by the fans and some fans have even questioned whether he was worth the money; yet now he’s broken his duck, I’m sure Franco Di Santo will go on to score many goals for Wigan. It’s official, Franco has actually scored for Wigan which may lead you to question how bad Sunderland’s defending was. The answer is not great, but not half as bad as our own. Wigan had this encounter against in form Sunderland down as a possible three points to aid the survival bid. Yet knowing Wigan under Martinez, a good performance one week rarely means a repeat the next. A goalless first half set the game up nicely for the second and Mohamed Diame took advantage of some slow closing down from the home side to smash home from 25 yards with one of Latics’ goals of the season. If anyone thought this meant a definite 1-0 win due to a solid defensive display, they were wrong. The centre back pairing of Alcaraz and Caldwell collapsed in terms of performance and they take the ‘Impression of the Week’ award off Bolton for their job in role of the Chuckle Brothers. Asamoah Gyan scored the first as Wigan were very slow to come out and press the ball, before long the striker pulled up injured and left the Black Cats without a striker on the field. Surely that meant no more goals conceded? Unfortunately, this was far from the case as Jordan Henderson helped himself to two goals, and Alcaraz gave away a clumsy penalty for Sessegnon to slide home. Henderson’s second goal was purely a joke defensively. Sunderland’s counter attack should have been dealt with reasonably easily as Sessegnon broke clear, yet with Alcaraz and Caldwell back, surely it was a safe situation? Wrong. 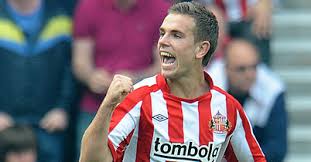 Despite the alarming 40 square meters of space behind them, with two players attacking it, both centre backs thought it was necessary to close down one player, with one ball over the top of them taking both totally out of the game. There was Henderson with just Al-Habsi to beat and the game was over. If we are to beat the drop, a solid defence is needed, especially when we face Everton and Villa. Between them have great goal scoring prowess and attacking players such as Bent, Cahill, Young and Beckford. Okay I was getting desperate when I got to Jermaine Beckford. Elsewhere in the relegation battle, Mark Hughes decided that kicking a water bottle not once, but three times was the best way to vent anger at the referee following a challenge by Brede Hangeland. Clearly winning the ball, the centre half was booked and his manager Hughes ended up in the stand, just like his former manager Alex Ferguson has been in recent weeks. The stress put on managers at this stage of the season, especially managers involved in title races or relegation dog fights, is massive. So much it has led to the resignations of Paul Jewell and Sam Allardyce in recent seasons. The latest manager to show his stress in post match interviews is Ian Holloway. The erratic Blackpool manager has been a breath of fresh air to the Premier League but his attitude has gone from one of jovial and lighthearted humour to one of sheer determination following his side’s 1-1 draw with Newcastle. He felt victimized by referee Martin Atkinson as his side were denied three penalties, he also echoed many fans’ beliefs about the big clubs getting all the decisions. The ‘smaller’ clubs, such as Blackpool and ourselves, need a strong character such as Holloway to stand up to the rest of the Premier League and make their point clear. Not that it will change the Premier League’s biased view in favour of the ‘bigger clubs’. To be fair to Atkinson, two of the penalty claims weren’t penalties in my eyes. DJ Campbell latched on to a stupid back pass and rounded Tim Krul, yet the keeper recovered and touched the ball before he caught Campbell, therefore it wasn’t a foul nor a penalty. The other correctly ruled out was for Danny Simpson’s ‘hand ball’ as the ball bounced off his arm as he lay on the ground. Clearly not seeking an advantage, the penalty was correctly not given. 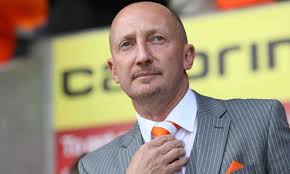 Yet one of the most stone wall penalties wasn’t given earlier in the game when Mike Williamson took out Campbell in the box, taking him clean off his feet. Just imagine for a minute, if the setting was in front of the Stretford End and the player ‘fouled’ was Javier Hernandez. What do you think the decision would have been? The same applies to the other penalty decisions… I just thought I’d make that point. Just imagine a season in the Championship next season without the biased, moaning Ferguson and without ‘big’ club’s egos effecting referees. Sounds brilliant to me, did I mention we might win a few more games too? To be fair to Holloway, his ‘us against the world’ attitude is brilliant for galvanizing the squad: “If the media had their way, we’d be adrift at the bottom with 10 points, but my boys will keep on fighting’ It’s that kind of spirit which is incredibly admirable and I’m sure the whole of English football has great respect for that man’s attitude. A truly great manager. Before I leave the Blackpool game, did I mention who gave the ball away in a dangerous position for Newcastle’s goal? The ‘incredible’ Charlie Adam. I don’t think that would go down to well at Anfield next season. Lastly, Cesc Fabregas almost got himself in hot water as his comments in the Spanish media appear to have been twisted, either that or he’s being incredibly frank. Hardly a week passes without some controversial comments being heard, with Fabregas apparently claiming Wenger ‘would have been sacked in Spain’ and ‘Arsenal need to choose between developing young players and winning trophies’. 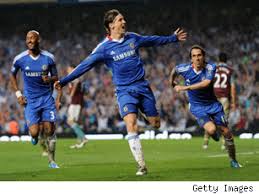 Seeing their team and recent trophy record, those points are hard to argue against. Is it the end of the road for Arsene? Only the following months will tell us… Also, did I mention Franco Di Santo wasn’t the only player to break a long duck this weekend? That Fernando kid from Chelsea did too, he’s beginning to look like a bargain already. The Duke’s Goal of the Weekend: Mohamed Diame’s thunderbolt, Sunderland 4-2 Wigan Save of the Weekend: Tim Howard to deny Chicharito’s header, Man Utd 1-0 Everton Blunder of the Weekend: Mark Hughes’ double failed attempt to kick a water bottle, to think he once once a pro… This Week’s Teaser: Which Man Utd player quit Twitter just hours after joining due to abuse from ‘fans’? This is a belting story by the way.