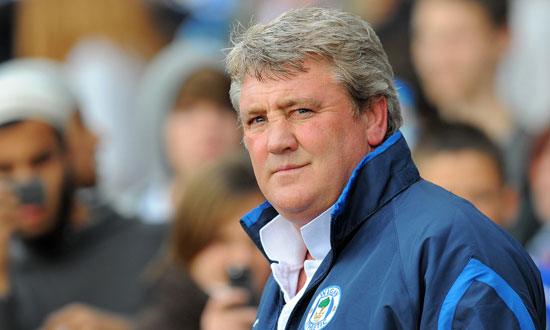 Steve Bruce has identified Lee Cattermole as his number one target of the summer and now Liverpool have showed interest has upped the Black Cats offer to £6 million.

The former Latics boss has really stepped up his efforts to land the midfield ace, worried that Liverpool might scupper him to the signature. But if Catters stands by his own comments he’ll be staying right here at Wigan.

Sunderland seem to have given up at Harrods after they realised that money isn’t everything (ask Man City), a team needs to be able to back up their ambitions of improvement and unfortunately, with no disrespect to Sunderland, the Black Cats are not a big team and are not going to attract the level of player they thought they could do.

Roberto Martinez, after speaking with the Under 21 International, has stated that he is not for sale and that the team is being built around the youngster. Cattermole himself has stated his desire to wanting to play and prove himself under his new manager and so unless ridiculous money is offered, or Liverpool’s terms are acceptable, we should see Lee here for next season.

Cattermole has already had lots of problems in the north East that have been well documented and I’m pretty sure that is one of the plus points Steve Bruce gave Catts for joining Wigan as he would have a clean slate over here.

Why would he want to put himself back into place that gives too much temptation to go back to his old ways??? Why not stay in the area where the majority of the Elite Premier League footballers hang out, which could very well push him towards Liverpool if the offer materialised.

Time will tell but the signs are that Catters will be staying put….

We are always looking for fans whi wish to put new articles on the site, whether they are one offs, or if they become a regular feature. If you’re interested, send your details or articles to us and we will publish them or get in touch. The email as usual is jayt@cockneylatic.co.uk.