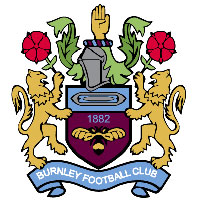 Latics travel the short journey up to Turf Moor for the first time since we won promotion back in 2005, Martinez looks to be without key players though. Here is the preview with stats and previous games on this date from past years.

The last time we travelled up to Turf Moor we suffered our first loss to the Clarets since the first game we ever played against them back in 1983 in the old division three. The 1-0 loss did not however halt our push for what would be our promotion to the Premier League.

We simply have an awesome record against the Clarets, with just 2 losses out of 19 games played and it is a record that Bobby will want to expand on (see head to head below). With three cup wins, 7 league wins and 7 league draws Latics certainly have the stats on their side.

Owen Coyle the Burnley manager has no new injury worries and will probably pick a similar team that narrowly lost 3-2 to Blackburn last weekend. Latics will have to score gals at a ground that has only seen their side concede twice at home this season; we have to remember that they held out valiantly against United to claim three valuable points.

Martinez knows this won’t be easy and he might have to do it without Chris Kirkland who dislocated his finger in the 1-1 draw with City and Paul Scharner who had to be taken off midway through the second half with an injury to his hip. This will however give a chance to either Kapo or Gomez to finally prove that they are worthy of a place in the Latics team.

Mike Pollitt will be the probable replacement for Kirky should he not be fit, Kingson has had ankle injury problems since the summer and so will not be risked. Either way Latics have got to start gaining points against the likes of Burnley, beating Villa and Chelsea plus an impressive draw against City are great, but the losses to Wolves and Hull are the ones that will count at the end of the season, these are the teams we need to be beating week in week out.

A few stats are that Latics have only won twice away from home this year, of the previous five meetings between us have been 0-0 draws and both of Burnley wins over us have come at their home ground. I seriously doubt that it will be 0-0 this time though, as both teams try to play very attacking football and there will be goals in this fixture with Latics being too much for the Clarets to handle.

The referee for this game will be Lee Mason

For all previous results between Wigan Athletic and Burnley Click Here