Can Cristiano Ronaldo Become The Best UCL Player Ever? 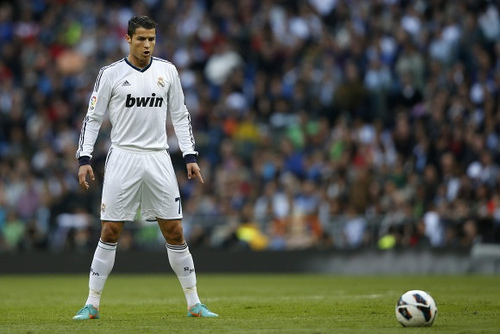 Any conversation about the best UREFA Champions League players of all time is sure to spark debate. To support this claim, a ranking from a couple years ago put Lionel Messi at the top of the list. Cristiano Ronaldo was all the way back at 16th, and I’m suggesting Ronaldo could at some point be deserving of the top spot. The fact is, there’s no way to officially or definitively rank the best player in the history of a competition like this. Unless Messi’s career accomplishments ultimately push him to the front of the line beyond a doubt—it’s certainly a possibility—there will be debate for years to come.

For a few years now, Messi and Ronaldo have batted the title of “world’s greatest footballer” back and forth. Most avid fans tend to lean toward Messi, but every time he seems secure at the top of world football, Ronaldo delivers a new spectacular performance to make us wonder. And if Ronaldo can come up with such a performance over the duration of the 2015/16 UCL, he may just keep himself in the conversation as possibly the competition’s greatest.

I’ll start with a historical perspective. Looking at the best starting XI for the Champions League and European Cup, it’s simply difficult to find a player on either side who holds a distinct advantage over Ronaldo in terms of accomplishment or ability. Raul had the consistency, scoring in 14 straight UCL competitions; Messi has the momentum as a three-time winner and habitual top scorer at age 28; Xavi has been in it more then any active player and has won four times. But as a two-time winner with a chance to add more titles every year and the all-time scoring record under his belt, Ronaldo is right in the mix.

As for Ronaldo’s race against Messi, it still appears to be one he’s destined to lose. Messi is two years younger and already a four-time leading scorer in the UCL. He plays for a dominant Barcelona unit that will factor into the competition for years to come. He also may simply outlast Ronaldo, amassing more goals and titles in the long run. But the 2015/16 season is offering a unique opportunity for Ronaldo to gain an advantage, and he appears to be on track to seize that opportunity.

Unfortunately, I’m referring to the fact that Messi is nursing a knee injury. Although he’s expected back in November and reportedly progressing smoothly, he’s already missed out on some UCL play and will likely need time to get back in form. One hopes that the knee injury will be an afterthought in a matter of months, but at this point there’s really no predicting how much of an impact Messi will have, or how Barcelona will fare as a result.

In the meantime, Ronaldo is off to a sizzling start in this year’s competition, having notched three goals in Real Madrid’s opening defeat of Shakhtar Donetsk and two more in the following win over Malmo. Five goals in two matches puts Ronaldo on a blistering and unsustainable pace, but more importantly indicates the form he’s displayed thus far in the competition.

This debate is unlikely to be settled for some years to come. But if Messi is limited and Ronaldo puts his scoring record further out of reach while grabbing another title for Real Madrid, he could soon start to be looked at as the UCL’s greatest player ever.