Can We Play At Wembley Every Week?

Last Tuesday, the DW Stadium resembled a cauldron of despondency. Wigan players and fans alike had their energy zapped out of them and left the stadium in sheer disbelief, knowing that it could be the night survival finally slipped from our grasp. This was a fairly atypical event to precede a Cup Final, but the Latics put league troubles behind them to rise from the ashes on Saturday at Wembley.

When it comes to memorable and exciting days in Wigan Athletic’s recent history, we’ve got a few to choose from. The 3-1 win over Reading in 2005 to seal promotion to the Premier League is certainly a contender; as is the tensest game I’ve ever witnessed, against Sheffield United in 2007 in a relegation play off which we won 2-1. Indeed, you could argue the wins over Liverpool (twice), Arsenal (thrice), Chelsea and Man Utd were also very special and representative of the distance we’ve travelled as a club. The FA Cup semi-final against Millwall four weeks ago was an incredible occasion, but I’m sure many will argue that Saturday trumped the lot: when Wigan Athletic won the FA Cup.

To truly understand the magnitude of this achievement, it must be noted that the FA Cup is the most prestigious and historic cup competition in the world. In terms of tradition, this is second to none. In the days long before Sky and the Premier League, the FA Cup final was the absolute pinnacle of every season and was the only game showed on television. The FA Cup allowed people to dream, including Dave Whelan, who finally resolved his unfinished business with the FA Cup and Wembley 53 years after breaking his leg and losing 3-0 in a final as a Blackburn Rovers player.

Then, to consider the club winning it: little Wigan Athletic. We have often been ridiculed for having no fans and no history, compared to others our financial power is barely existent and ten years ago we were a League One outfit. Especially for a team with no history in the FA Cup, to win it so dramatically was a superb occurrence and an iconic moment for the Whelan era of the club. The victory over Man City means that Wigan Athletic have won more major trophies in the last eight years than Arsenal, and have won more FA Cups in the last 24 hours than Arsenal and Manchester United have combined in the last eight years.

The elation of actually winning the cup was only further enhanced by the build up leading up to the game, literally nobody expected it. I heard bookmakers offering all kinds of ridiculous refunds on bets if Wigan did the impossible and won, because it seemed like such a foregone conclusion that City would win. I was even laughed at in a service station on the way down by City fans when I said “my heart says one nil to Wigan.” Who’s laughing now?

The low mood we brought into the final from the Swansea game probably wasn’t ideal, but the final itself provided an excellent distraction from the aforementioned despair. Unlike City, Wigan were playing without pressure or fear for once. If Wigan lost (as expected) then it would still have been a fantastic achievement and journey for the club. City on the other hand, with Mancini’s future in doubt, needed a win to avoid suffering a trophy-less season for the first time since 2010. It was clear who the pressure was on and this allowed Wigan to play with a freedom which enables them to play their best football. Maybe the lack of this has contributed to some league results which should have been more positive.

Wigan started the game confidently and passed the ball around comfortably, casually probing and looking for openings. Although City created a couple of openings, it was Wigan who enjoyed most of the first half possession and more than had a foothold in the game.

Although Wigan didn’t create too many clear cut chances, they did ask questions of City’s defence on a number of occasions. Kone held the ball up really well and brought others into play throughout the whole game to keep the ball, relieve pressure and allow Wigan to gain a higher position up the pitch. Maloney was his usual diminutive self, although a little quieter than we’re used to, he buzzed around in little pockets in the hole and was difficult to pick up from Manchester City’s point of view.

Wigan’s real penetrating force was of course the ever improving Callum McManaman, who constantly left the usually impressive Gael Clichy twisting and turning and sometimes even falling as he fearlessly drove at him at any given opportunity. It was Callum who had the best opportunities of the first half for Wigan, one on each side of the box. He sold plenty of dummies to City defenders but on each occasion couldn’t quite find the net with his final ball, despite this, he looked the most likely for Wigan and earned the Man of the Match award. 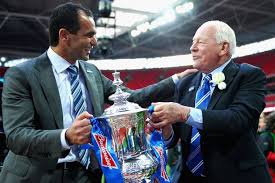 As the game went on and City didn’t score or look particularly dangerous, the more Wigan fans and players seemed to believe that the unimaginable was actually possible. Despite defending like six year olds on Tuesday night on occasions, the revert back to a three man defence and the return of Antolin Alcaraz meant the Latics looked far more solid, confidently dealing with most of what Man City’s star studded eleven could throw at them.

The moment the belief grew the most though was possibly the most critical of the match. As Wigan cleared a Man City corner, McManaman and Kone drove forward at the City defence on a thunderous counter attack. Although McManaman’s touch forward for him to scamper after was a little heavy, it drew a desperate challenge from Pablo Zabaleta, who had already been booked. This prompted NAME OF REF to produce a second yellow card and the eyes of many Wigan fans lit up with excitement, for the first time ever we all truly believed we could win the game, and City genuinely feared it too. All we needed to do was find one damn goal!

As the clock ticked on past the ninety minute mark, it looked like it might be destined for extra time. Although City were a man down, they certainly weren’t short of quality which could still hurt Wigan, I couldn’t help but fear that it was now or never: we had to find a winner or possibly miss our greatest chance of winning the prestigious FA Cup. Three extra minutes were signalled, and then Shaun Maloney flighted in a right wing corner…

Had he played this one short, I think we all would have gone mental, but he put it in the mixer and it met the head of substitute Ben Watson, who headed the ball past Joe Hart. The whole combination of occurrences seemed to happen so quickly, but as the ball crashed into the net I felt unrivalled satisfaction and we all went bonkers.

The rest as they say is history.

Although our league season is at risk of becoming a disappointment, which will produce a strange contrast to the emotions experienced on Saturday, the FA Cup has been an incredible journey and has definitely eclipsed any survival battle we’ve had. Nobody can erase Wigan Athletic’s name from the trophy or take these fantastic memories away from us, and that was the beauty of the day.