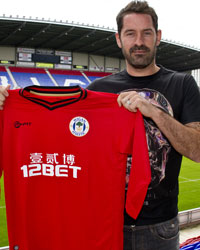 Carson had spent the last two seasons with Bursaspor since his departure from West Bromwich Albion in a £2.1 million deal.

He helped the Turkish side finish fourth in the league last season and earn Europa League qualification, making 29 league appearances during the campaign.

Born in Whitehaven he began his career with Leeds United in 2003, but made just three league appearances before moving to Liverpool in January 2005 for a fee of £750,000.

Loan spells followed with Sheffield Wednesday, Charlton Athletic and Aston Villa before joining West Bromwich Albion for £3,250,000 in the summer of 2008 after only 9 starts during his time at Anfield.

Carson made 118 appearances for the Baggies before his move to Bursaspor, and was made club captain during his second season helped them gain automatic promotion to the Premier League in 2009/10.

He represented England at both Under 18 and Under 21 levels before he was called up for the senior squad in May 2005 but only made his debut in a friendly against Austria in November 2007.

He made a further 3 appearances for England, his last coming as a second half replacement for Joe Hart in a friendly against Sweden at Wembley Stadium in November 2011. The game finished 1-0 to England which had been their first win over the Swedes in 43 years.

Speaking to the official website after agreeing personal terms, the former England international said: “I’m over the moon to join the club and for sorting the whole move out. Now the focus is to get my head down and start working hard in time for the new season.

“Coming into a squad with a new look to it is exciting. There are plenty of players coming in at the moment, but there are also a number of guys here who have been at the club for a long time so I’m sure they’ll help lads like myself settle in, and right now I can’t wait to start getting involved.

“Everyone talks about how tough the league is and they’re right, you have to be at your best if you’re going to come out on top and with a lot of games to play it’s going to be really demanding on us this year.”

Al-Habsi looks certain to miss the start of the season with a hip injury therefore Carson’s arrival will ensure that Latics have sufficient cover in goal.

The deal to bring the 27-year-old to the DW Stadium is rumoured to be cost Wigan around £1 million.