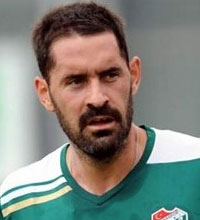 The 27-year-old has spent the last two seasons with Turkish side Bursaspor since leaving West Bromwich Albion in a £2.1 million deal.

According to the Daily Mail Carson is rumoured to be seeking a return to home shores and the new Wigan manager seems keen to accommodate the Whitehaven born keeper as cover for Ali Al-Habsi has become number one priority.

Al-Habsi looks certain to miss the start of the season with a hip injury and despite Lee Nicholls gaining valuable experience while on loan with Northampton Town last season it is probably a bit too soon to throw him in at the deep end.

This leaves Wigan very thin on the ground between the posts so a move for Carson could prove very shrewd on Coyle’s part as he looks to bolster his squad ahead of the new campaign.