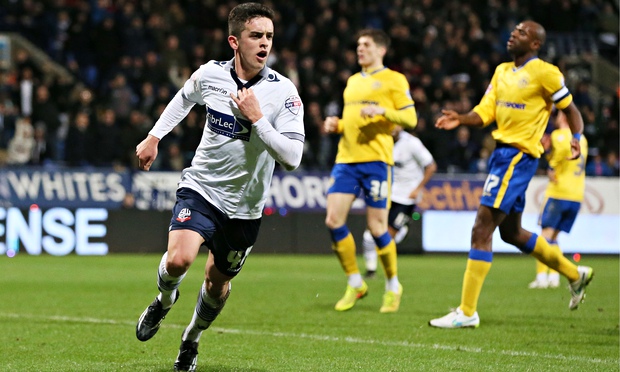 19 year old Zach Clough’s debut goal ensured back to back defeats at the Macron Stadium this season and a 3rd round exit from the FA Cup at the expense of local rivals Bolton Wanderers.

After a string of saves from Ali Al-Habsi, Neil Lennon’s side broke the deadlock 15 minutes from time through Clough who’s delicate little chip over the former Bolton shot stopper to put his side in the hat for the 4th round draw.

Wigan came into the game having not been beaten in the FA Cup from regulation time in 2 years when Swindon Town ran out 2-1 winners in 2012. However their performance in the first half left some baffled as to how the scoreline was 0-0 at half time.

Bolton continued a rather unwanted revival under Neil Lennon as they began the game seeing a lot of the ball and had the ball in the net when Liam Trotter stabbed home the rebound from Zach Clough’s header which was well saved from Al Habsi.

Trotter and Heskey came close for Bolton once more but the teams surprisingly went into the break without a goal.

Wigan’s best chance arguably came through Adam Forshaw who should have put last year’s semi-finalists into the lead. After link-up play between Chris McCann and Shaun Maloney, McCann floated in a teasing ball which was met powerfully by Forshaw but the former Brentford man’s effort was right down the throat of Adam Bogdan.

Zach Clough again proved a danger for Bolton as he forced Al Habsi into another smart save and proved to be the separation between the teams.

The 19 year-old wasn’t picked up when he scampered from midfield before he was fed by Neil Danns and proceeded to smartly dink the ball over the on-rushing Ali Al Habsi.

Bogdan was to thank late on as he tipped a Shaun Maloney free-kick over the bar which look destined for the top corner.

However the 2013 winners couldn’t find a way through.

“I thought it was two teams going at it hard and I thought it was a pretty even game in all.
“I’m disappointed for my players because to come over and come out after half-time and play the way we did showed great character.”

Personally I think Mackay is clutching at straws; admittedly we had chances to win the game but did we deserve it? Probably not.