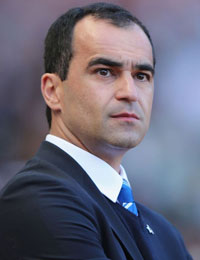 Wigan Athletic chairman Dave Whelan has told Sky Sports News that a compensation fee has been agreed with Everton for Roberto Martinez.

The figure believed to be in the margin of £2 million is payment for the remaining 12 months of the Spaniard’s contract at the DW Stadium and now paves the way for the 39-year-old to join the Merseyside club and end his four year tenure at Wigan.

Whelan will now concentrate his efforts on a replacement for Martinez with Manchester United first team coach René Meulensteen hotly tipped for the job.