Coronavirus: Champions League & Europa League Could Be Decided By Mini-Tournament 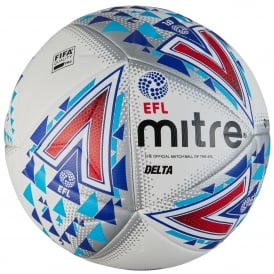 This year’s Champions League and Europa League tournaments could be decided by a mini-tournament. The idea is just one of many that have been drafted in the wake of the coronavirus outbreak.

The disruption caused by the pandemic is likely to cause fixture congestion in the summer despite the governing body’s decision to postpone the 2020 European Championships. The chief stakeholders have already held one video meeting and talks will continue as the situation develops.

The main reason for the postponement of the international tournament was to allow domestic leagues – where championships, promotions and relegations are still be decided – to conclude their seasons into the summer months if necessary. But that still leaves the issue of the unfinished Champions League & Europa League competitions.

Sacrifices to be made

There is a consensus that there will have to be some sacrifices made to enable all the tournaments to be resolved. And it makes sense that the cup competitions are simplified rather than domestic competitions to ease the fixture congestion. This unprecedented situation requires creative solutions and a mini-tournament could be the answer.
How would the mini-tournament work?

With TV and advertising contracts to fulfil, UEFA wants to conclude both tournaments. As things stand, there are 14 matches of the Round of 16 to be completed across the two tournaments.

The quarter-finals and semi-finals could be played as one-off games which would reduce the total number of games by six.  Playing those games across a few days at the host cities of the two finals would also ease the overall disruption. There would be less travelling and this could be worked into the domestic schedule. All of this could also have an impact on the options available for those looking to place bets on football in the coming months.

With the Euro 2020 tournament moved forward a year, we could see club football still being played in July. Much will also depend on how the virus is controlled and what travel restrictions are still in place. It could be at least another month before the situation becomes any clearer.

Organisers will also be faced with further scheduling problems next year as the men’s Euro 2020 would take place in the same summer as the Women’s European Championship (due to be hosted in England) and the men’s European U-21 Championship. Other matches scheduled include those in the Nations League and the FIFA Club World Cup, which has been expanded and is due to be held in China in June.

Concluding the Champions League and Europa League with a mini-tournament is just one of many creative measures that may have to be put in place over the next 18 months to get global football back on track. But the knock-on effects of any decisions could go beyond next summer.

Until it becomes clear when football is able to resume, no concrete plans can be made. That means that organisers and football fans could face a long wait for confirmation of if and when any competitions can be finished. And with the health of safety of citizens across the world a priority, there is a feeling that even more compromises may have to be made in the near future.