Criticism for Everton youngsters at Wigan, but how will they react? 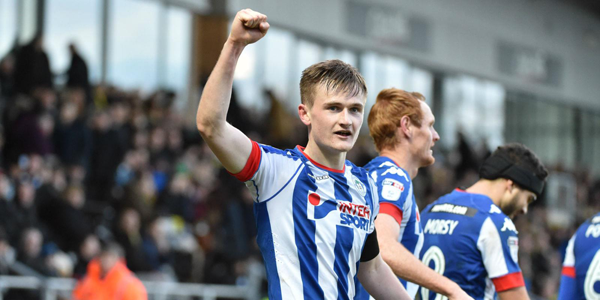 Football fans can be a critical lot, even at the best of times, but when performances and results aren’t going as hoped, pointing the finger of blame somewhere is often the easiest reaction. Currently on loan from Everton, both Antonee Robinson and Callum Connolly have been in the firing line of late; albeit for different reasons.

Neither of the two players was likely to fit into plans for the 2018-19 season at Goodison Park, with Everton amongst the Premier League betting tips from Betfair to push for a top six finish. Odds lengthened after a poor start with just one win from their opening six games, but the Toffees now appear to be back on track, following back to back victories ahead of the international break.

Fans of Wigan Athletic have also endured a bumpy ride upon returning to the Championship, unable to string together a run of more than two consecutive league wins, within a total of five victories from twelve matches played. One of the players facing criticism for inconsistent performances has been Connolly, who returned this season for a second loan spell at the club.

Connolly enjoyed his time at Wigan the first time around, joining for the second half of the 2016-17 season.

However, following an impressive loan at Ipswich Town last season, the now 21-year-old has really struggled to reproduce the best of his form under Latics manager, Paul Cook, only starting once in his favoured defensive midfield role and twice out on the right.

Part of the problem is that other players have performed much better in the roles Connolly can play.

Lee Evans has been consistent and producing good displays, while Sam Morsy and Darron Gibson both appear to be ahead of the Everton loanee in the pecking order. Likewise, Reece James on loan from Chelsea seems to have a firm lock on the right-back position.

Finding a suitable role in which Connolly can excel, is clearly proving to be a conundrum for Cook, with the player forced to settle for a seat on the substitutes bench, patiently waiting for his opportunities to make an impact on games.

Meanwhile, his Everton colleague Robinson has enjoyed much more action, playing every minute of all twelve Championship games so far.

lthough born in Milton Keynes, Robinson jumped at the chance to play for the USA, the country of his father. After failing to make the 2018 World Cup, they are a team undergoing many changes, and Robinson is one of the younger players being given his opportunity to shine.

He also seems to be taking the criticism well, accepting that he still has plenty to learn after facing powerful teams like Brazil and Mexico recently.

For both Connolly and Robinson, this season will be a vital stepping stone in their continued development in the professional game.

How they react to criticism and seek to improve is all part of the learning process, so hopefully, their combined response will be busting a gut at Wigan throughout the season. After all, performing well here not only helps the club they represent right now, it will aid their progress too in the long run.