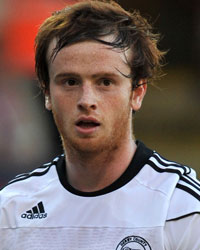 Derby County have reportedly rejected a bid from Wigan Athletic of around £1 million for right-back John Brayford.

The rumour emerging from Derbyshire suggests that the Rams value their player higher than that and are hoping that the 25-year-old will put pen to paper on an offer to extend his contract beyond next summer when his current deal is set to expire.

Stoke born Brayford began his footballing career with Burton Albion as a teenager under his current manager Nigel Clough before moving to Crewe Alexandra on a three-year deal in September 2008 where he was twice named Player of the Year.

The 2009/2010 season, which proved to be his last at Gresty Road, saw Brayford named as club captain by Crewe boss Dario Gradi and also was named in the PFA Football League Two Team of the Season.

Clough, now at Derby, had previously shown interest in signing his former player and in May 2010 had a bid accepted by Crewe.

Brayford signed a three-year contract and became an instant hit with the Pride Park faithful. Ever present during his first season, playing ever single minute of every single game, he was voted as the Supporters’ Club Player of the Year.

He extended his contract by a further year during that summer taking him until the end of the 2013-2014 season and has made 118 appearances for Derby scoring 3 times to date.