Do You Believe In The Martinez Masterplan?

The common perception of Wigan Athletic is a club that has grown rapidly over the last decade but has now fully expended all of its modest resources and cannot grow any further. Many consider Latics to be unsustainably punching above their weight, with it only being a matter of time before the luck runs out and Wigan fall back from whence they came. Roberto Martinez however has other ideas, and the next few weeks will determine whether his dream will have potential, or will be nothing more than an ambitious concept of unrealistic idealism.

Although the thrilling climaxes of recent seasons have been incredible, and are far more exciting than a mid table campaign which effectively loses its competitive edge in March (as we sampled in 2008-09); to progress the club forward, relegation struggles need to become a thing of the past. As previously mentioned, it’s very difficult to ask the players to miraculously dig themselves out of trouble at the end of every season, eventually they’ll surely fail. Hopefully that failure won’t occur this season, but to avoid future risk, we need to be looking up rather than down.

Martinez has this vision and has made reference to it on several occasions, he wants to take the club beyond its current status of just battling to survive so we can battle to survive again next season. The club has progressed massively in its recent history and has battled through obstacles when people doubted their ability to do so. This is just another, albeit massive, barrier. I think it would be amazing if we had a team which was a comfortable mid-table club which could threaten Europe.

That’s the dream, although it’s a massive ask, the fact we’re guaranteed a place in Europe next season suggests we can do it, and it could provide the springboard we need to move the club on to the next level. Martinez has also mentioned the ‘big club mentality’ that Wigan need to adopt to move to the next level. Currently, the whole club sees survival as a massive achievement, and it is, but it’s not the ultimate achievement, we should be hungry for more. We’ve been in the Premier League for eight years, we aren’t the new kids on the block just here for the days out to the big clubs to have a laugh. We should be looking to compete higher now, we should make promoted teams feel privileged to play us.

Although we have a small budget, infamously modest fan base and no sustained history of mid-table Premier League finishes, I don’t think it’s impossible to create a ‘big club mentality’ around the place, if we had some success to back it up. It’s like a chicken and the egg scenario, what comes first, success or the big club mentality? Well, now we’ve got success in the form of European qualification, we just need Premier League survival and then we have a magnificent platform to build on. The deciding factor in whether this dream is possible really is whether we can stay up this season, which is why the next three games are so crucial.

I think the reason we’ve stayed as a relegation battling level team is the small, underdog mentality that has defined the entire club. It has helped us to stay in the league massively, but to develop we need to change the approach everyone involved with Wigan Athletic has, only then can we change everyone else’s perception of us. Although we’ve flirted with mid-table, with a 10th place finish in 2005-06 and an 11th place finish in 2008-09, we always fell back into our place the next season for one reason or another. The challenge now is to turn Wigan into a well respected and established mid-table team.

For instance, I’ve said to others and been told myself on hundreds of occasions what a brilliant team we would have if 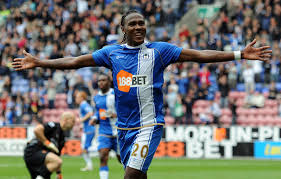 we’d kept all of our best players from over the years. Although it’s debatable what that squad of players would be, you can’t deny it would be an impressive team. Admittedly, you can’t expect us to keep all of our players, even mid-table teams get their stars picked off them, but the transfer policy of the club has certainly contributed to our lack of progress in the Premier League.

Wigan Athleitc is often sold to potential signings as being a ‘stepping stone club’ which can provide the platform for players to display their Premier League talent and attract the bigger clubs. It’s worked recently for N’Zogbia, Rodallega and Moses; whilst even Bullard, Chimbonda and Roberts moved did the same years ago. It’s debatable whether all of them made the correct moves for their careers, but the fact they didn’t consider Wigan as being a long term option for them and always had intentions on leaving doesn’t please me as a fan. I want to see players who feel privileged to play for Wigan Athletic and have no intentions of playing for us just to earn a move elsewhere, they should have the club’s needs at heart, not their personal ones.

You may think I’m being unrealistic and unreasonable for thinking that; admittedly, we may not have been able to attract these star players had we not given them the perception of us being a feeder club to better things in the first place. This is a fair comment, but my point is that in the future, we need to change this policy and give players a different perception of our club when they sign if we’re to reach this ‘next level’. 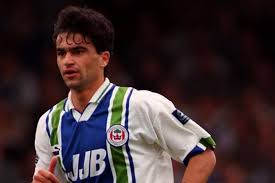 For me, if we are to reach this ambitious target, it’s very useful to have the right man in charge, and for me Roberto Martinez is the perfect manager for our club. He has a clear vision for Wigan and has the club’s interests in heart in every decision he makes. Unlike any other manager we could replace him with, he understands where the club has come from and appreciates the hard work it took to get to where we are now. He knows the club better than anyone and has a fantastic relationship with Dave Whelan, which would take years for a new manager to form, if it was formed at all. Roberto is also very talented as a manager, he has a clear philosophy and his calm, positive approach to the team is ideal and highly refreshing. Whilst many would stick to the generic recipe for short term survival of 4-4-2 and long ball, Roberto is constantly innovating and making Wigan an ever more attractive side to watch, which will contribute to our results in the long run.

Furthermore, the fact that he’s turned down offers from bigger clubs than us (even Liverpool depending on who/what you believe) demonstrates his passion for the club and the vision that he believes in. I have been ridiculed for singing his praises during the tough times (not just on these message boards either) but I genuinely wouldn’t swap Martinez for anyone. Even when results have been poor over the last few years, I always believed he would guide us through the tough periods and will leave the club in a far better state than he found it.

You may think I’m an idiot for even thinking this concept is possible, but if we can stay up this season and attract some top signings with our European status, I think it could be the start of a new Wigan Athletic.

I don’t know about you, but I’m a believer.