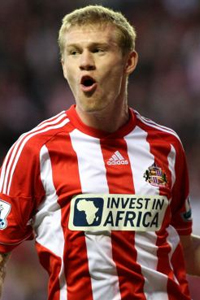 Wigan Athletic release Club Accounts showing a reduction in operating loss, but still having to find £2.3 million to keep the Club running.

Times are only going to get tougher on finances as long as the season tickets are kept low, due to the parachute payments drying up…. it could be worse though, we could support Bolton

Rather than me go through each area, here is the full details from the Wigan Athletic Football Club Website:

The figures cover the season 2015-16 when Latics were promoted to the EFL Championship after winning the League One title in May 2016.

Operating losses, before any profits on player sales, reduced to £4.3 million compared to a loss of £11 million in the previous year.

Profit from the sale of players was £2 million primarily due to the sale of James McClean and contingency payments on players sold in previous years.

Turnover decreased to £15.7 million compared to £28 million in 2015. The club received significantly lower Premier League parachute payments and also suffered a reduction in EFL central distributions and ticket sales as a result of competing in League One.

During the season, the club invested over £4 million in transfer fees for new players which ensured that the first team squad was equipped to return to the EFL Championship at the first attempt.

Total expenses including salary costs and amortisation of player contracts decreased to £20 million from £39 million in the previous year. Salary costs were again the most significant expenditure and these were reduced to £11.9 million compared to £26 million in 2014-15 when the club were relegated from the EFL Championship.

Net external debt at year end reduced to £5.2 million compared to £9.5 million at 31 May 2015 whilst overall net liabilities increased to £16 million.

Chief Executive Jonathan Jackson commented: “The financial results reflect that Wigan Athletic continue to adjust to operating at a different financial level than in recent years. Turnover decreased by almost 50% and costs, primarily player salary costs, had to be reduced by a similar amount to ensure that the club were able to sustain this – something that is not always achievable for football clubs.

“Earnings before depreciation, amortisation and profit on sales of players – an indication of underlying financial performance – showed a loss of £900,000 compared to a £3.9 million loss in the previous year.

“Despite the playing squad restructure that was required to ensure that the club reduced its operating costs, promotion back to the EFL Championship was achieved in a hugely enjoyable season. It must also be acknowledged, however, that the club continued to benefit from almost £12 million of Premier League parachute payments which meant that we were able to spend considerably more on players than our competitors.

“The future outlook after the current season is a challenging environment. The club is now receiving the final year of parachute payments which have significantly inflated turnover for the last four years. The EFL Championship is populated by clubs backed by extremely wealthy owners, who are prepared to lose enormous amounts of money in pursuit of promotion to the Premier League. Even clubs recently relegated from the Premier League are finding it difficult to compete in this expensive and ultimately unsustainable race for the ‘promised land’.

“The financial support of the Whelan family has allowed the club to enjoy incredible success in recent years, without incurring the large financial losses suffered by similar clubs, and that support allows us to continue to pursue long-term goals in the future. The club will always aim to compete at the highest level possible but we must also be realistic in our ambitions and ultimately financial sustainability must continue to remain our priority.”