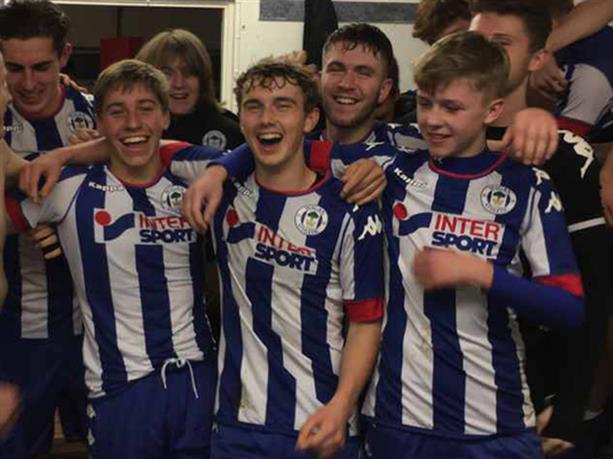 Wigan Athletic Youth Squad will take on Southampton under the Floodlights at the DW Stadium Wednesday 11th January at 7.00 pm. Tickets are now on sale for you to see the potential stars of the future.

OUr under 18’s have had a spectacular time of itat the moment, losing only 3 games from their last 14. The story continues with an FA Youth Cup Tie aganst Southampton’s U18 Sqaud this Wednesday.

Last season they played out of their skins to almost make the quarter-finals, only losing out late on to Manchester City in extra time.

They take on Southampton at the DW Stadium Wednesday, January 11th, the match will kick off at 7.00pm, with adult tickets priced at £5 and concessions £3.00.

They beat Exeter City in the 3rd Round, courtesy of a 118th minute extra-time goal by Wigan-born debutant James Berry at St James’ Park. Come and watch the next chapter of our FA Youth Cup story.

Gregor Rioch, Head of the Wigan Athletic Academy, said: “The lads have earned their chance to play at the DW Stadium against one of the top academies in the country and I hope the Wigan fans will come out and cheer on the future generation of our club.”