Fixtures out in 21 days, are you ready? 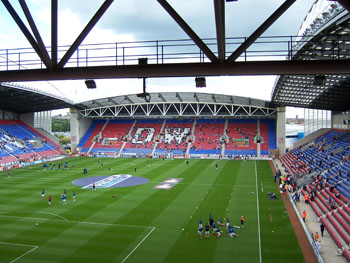 With the play offs out of the way, we can now confirm the 2018/19 season is firmly behind us. We know who was relegated, who replaced them and at the other end of the table we see 3 leave the League and be replaced by some very rich ex Premier League Clubs.

We knew quite a long time ago about Ipswich and Bolton dropping down to League 1, but we had to wait until the final 2 weeks before confirming Rotherham would be joining them. Their replacements were completed this weekend, so we welcome Charlton, Barnsley and Luton who have been 12 years out of the top 2 leagues (5 of which were in non-league).

We saw Norwich, Sheffield United and Aston Villa promoted to the Premier League, with Fulham, Huddersfield and Cardiff dropping into the Championship for next season. The odds at the beginning of the season were stacked against Norwich and Sheffield United, but if you can predict who will go up next season you can grab a Monodgoal Promo Code to get the best offers for next season’s winners.

Fixture release day always gets the football fan excited. For those that travel away it gives an opportunity to sort arrangements out for the more long distance matches. Whilst the local rival home games are always a big hit. Some look for certain teams because their friends or family support them and it is a good occasion for them to get together.

Wigan Athletic fans always look out for the fixtures against local teams like Bolton, Blackburn, Preston…. well maybe not Bolton, it could be a while before we see them again…. and some not so local ones like Huddersfield, Barnsley and Leeds (who Latics ended all chances of promotion last season after beating them 2-1 after going a man and a goal down on Good Friday).

Who will we play on the first day of the season, August 3rd? Will we be home or away on Boxing Day and New Years Day ad who will we be up against? Will the final few games be deciders???? All will be revealed on June 20th and the 3 week lead up will be unbearable for some. Three fixtures already booked in are Chester on 6th July, AFC Fylde on 9th July and a home game against Burnley on July 27th.

No matter what the fixtures bring, we will need to be as strong at home as last season, but get our away form sorted out. If we do, our year could be a good one, especially if the core of this team stays together.

Sheffield United and Huddersfield before them prove you don’t have to spend the most money to get out of this League, but it certainly helps.