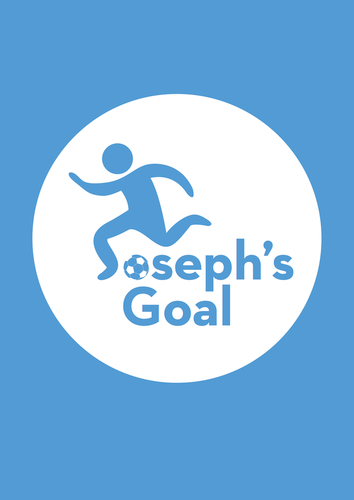 It seems a long time since we walked from the DW Stadium over to Bolton in aid of Joseph’s Goal, but to bring back those memories and raise more funds for this great charity, it’s a Walk to Blackpool and on to Feetwood that beckons.

It has been a few years since this was done and what an experience it was back then. The comradery and fun that was ceated bonded people for many years to come. If you want to get involved with this, please email on walk4joseph@gmail.com. I can’t add anymore right now than what has been published in the WEP, but please try get involved, over 50 have done so far….

From Wigan Evening Post: Wigan Athletic chairman David Sharpe and chief executive Jonathan Jackson – along with Latics legend Emmerson Boyce – will be putting their best foot forward for the #WalkForJoseph to Fleetwood in April! On Friday, April 20, an army of Latics fans, staff and VIPs will be walking to our away game at Fleetwood to raise funds and awareness for the Wigan-based Joseph’s Goal charity.

After making an overnight stop approximately two-thirds of the way there, the group will complete the walk on the Saturday morning, April 21, arriving at the Highbury Stadium in plenty of time to hopefully see Latics take another huge step towards the League One title! Joseph Kendrick, the son of Wigan Today’s Latics reporter Paul Kendrick, suffers from an incredibly rare genetic disoder called NKH (Non-Ketotic Hyperglycinemia).

His parents were told at birth that Joseph wouldn’t survive for more than a few days, but the little man is a fighter and turns nine in May.Joseph and around 500 children like him around the world continue to live with this life-limiting condition – which causes regular seizures and affects development – and funds are much-needed to fund critical research into finding a better treatment and eventually a cure.

Latics fans will of course need no reminder of the fact Joseph was the club’s lucky mascot for the FA Cup Final on May 11, 2013, and he will be present for the latter stages to be pushed over the finishing line by Boycey!

Already over 50 people have signed up to do the walk and begun collecting sponsorship, and it is envisaged this number will double before the walk itself. Fans are invited to join in with the full walk or, if they have other commitments, either the Friday or Saturday legs – with Fleetwood fans also invited to join in the latter stages to create a real united front from the football family.

The main thing is to get involved and help to raise money for a fabulous charity!Latics chairman Sharpe was one of the first to sign up, and he can’t wait to get started!“I’m first of all looking foward to raising awareness for Joseph’s Goal, which is a fantastic cause for a special little boy,” said Sharpe.

“The walk in comparison to what Joseph’s battled throughout his life is merely nothing, but it will be a very enjoyable couple of days and it will be great to spend plenty of hours with the supporters of Joseph’s Goal – and hopefully rounded off with a Latics win! “I will now have to start taking the stairs rather than lifts as my training schedule for the walk!”

Chief executive Jackson added: “I am delighted to join fellow Latics supporters in the ‘Walk to Fleetwood’ in April.“It is a brilliant initiative to raise money for Joseph’s Goal, and increase awareness of the important research that continues to be done into NKH.“It will be a challenge but it will also be great fun, and I look forward to sharing the two-day experience with everyone who will join us on the 32-mile walk.”
Itinerary:Walkers will set off from the Latics’ training ground at Euxton on Friday morning and proceed to walk 20 miles to Blackpool, with a few stops on the way for food/drink/refreshments before retiring to our hotel for an evening meal and rest!

On Saturday, walkers will be up bright and early to walk the remaining 12 miles, taking in Blackpool Tower, the promenade and Thornton Cleveleys, before arriving at the Highbury Stadium in good time for kick-off.Fleetwood Town will welcome all walkers on arrival at the stadium, where bags will be able to be dropped off until after the game, when the fabulous people at Eavesway coaches will transport everyone and their belongings back to Wigan free of charge.Want to take part?It’s simple, just email us at walk4joseph@gmail.com and we will send you all the details you need to get involved.