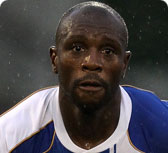 On the Sunday 12th March, ex Bolton Wanderers and England star Kevin Davies will be fielding a team to play against The Great Britain Deaflympics Team, at Ashton Town AFC, kicking off at 6pm, in a charity game showdown

On the Sunday 12th March, ex Bolton Wanderers and England star Kevin Davies will be fielding a team to play against The Great Britain Deaflympics Team, at Ashton Town AFC, kicking off at 6pm, in a charity game showdown.

Due to a lack of funding, the teams have been working tirelessly trying to raise money nationally, and relying on kind donations from the likes of Gary Neville, to help fund their trip to Turkey, to play in the Deaflympics this coming summer.

Kevin has rounded up an outstanding team full of ex professional footballers, and even TV star Ralf Little is confirmed to make an appearance.

Kevin said “My father represented the same team back in 1965, and won a Silver medal in Canada. I know what this meant to him and how proud he was, and how it was life changing for him.

I want to play my part in giving the same opportunity to the current male and female squads. They are still some £35,000 short, and hopefully we can reduce this by a few thousand pound on the day.

There will be some good old pro’s playing like Danny Higginbotham, Lee Hendrie, and Emmerson Boyce to name a few. Please play your part and come down to what should be a very entertaining game of football.”

The event has been brought together by Mark Hayes, Chairman of Ashton Town AFC. Mark has hosted several high profile charity events at the club, including a match where a Dutch International Legends side was flown in last year, to play a Wigan Athletic Legends side, and helped raise over £11,500 for local charity Joseph’s Goal.

Mark added “It really gutted me when I read on social media that the Deaf Olympics was not funded, and that time was running out to raise the figures needed. Everyone, no matter what, should have the right to represent their country doing what they love, and these guys are no different.

I remembered reading somewhere though, that when Kevin Davies made the England team, a newspaper article mentioned that his father was deaf. I managed to get a message to Kevin regarding the possibility of a game, and he didn’t hesitate at all.”

Entrance is just £5, and 100% of the money goes the the GB Deaf teams funds for the summer Olympics.

Tickets are available in advance from Mark himself via northernpromise@hotmail.com or you can pay on the gate on the night.