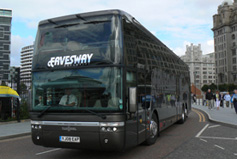 In what could be a crunch game at Upton Park, 188BET in conjunction with the official Supporters Club and Wigan Athletic are offering anybody that wants to go to this game a free seat on the Official Coaches.

The team could do with the extra voices behind them for this game, who knows, if there were 1,000 fans cheering them on what difference it would make. Any fan wishing to book on these coaches should do so by following the advise on the slip that you will get with your match day ticket.

Stipulations are that you must be a member of the Official Supporters Club OR have/get a 188BET registration.

You can get details of membership of the Supporters Club (click here), to register for 188BET, follow the links on the HOME page of this site. Tickets go on sale from Thursday 8th April.

Latics manager Roberto Martinez is fully behind the idea.

“The support of our fans has been magnificent all season,” he says, “and a scheme like this to try and boost numbers for such a pivotal game could make all the difference.

“The players respond to the vocal support they get on the road, and I thank the club and 188BET for their full support at such a crucial time”.

If supporters do not already have an account with 188BET they should register by clicking the advertising on site and they will be given a unique reference number**.

That should then be brought along to the Ticket Office at the DW Stadium when they purchase their tickets. Ticket prices have not been confirmed yet by West Ham United, but will be published as soon as that information is known.

Existing account holders should bring along details of their client code.

Andy Scott, CEO of 188BET, said, “The team needs as much support for the big game at West Ham, and 188BET are more than happy to support this project”

All bookings will be entered into a draw for 20 signed shirts to be won.

There will also be a free to enter Predictor on each of the coaches, to win hospitality at the DW Stadium and flags will also be distributed on the coaches (subject to availability).

We are always looking for fans which wish to put new articles on the site, whether they are one offs, or if they become a regular feature. If you’re interested, send your details or articles to us and we will publish them or get in touch. The email as usual is editor@cockneylatic.co.uk .
The upkeep of the site is funded solely from the advertising on site, from our own pockets and donations from users, if you would like donate it would be greatly appreciated, click here for donation page.