How will Wigan fare this season? 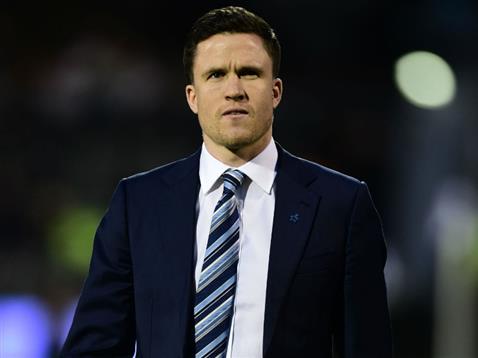 With just a few days to go until the start of the 2016/2017 season, fans will hope that the Latics can establish themselves in the Championship at the first time of asking following promotion.

Finishing as champions of League One will hopefully signal the beginning of a new dawn for Wigan, with the days of Premier League football and winning the FA Cup becoming a distant memory. Starting the campaign on the back of consecutive friendly wins against Oldham and Fleetwood could be the confidence boost that Gary Cadwell’s team need to make a positive start, but playing in one of the toughest second-tier divisions in Europe will be no easy task. The increasing quality across the board, along with seeing excellent clubs like Newcastle and Aston Villa drop down from the top flight, will provide plenty of challenges for Caldwell and his relatively young squad to overcome, and although Coral do not believe the Latics can secure back-to-back promotions, there is hope that Wigan have the quality to survive.

Few would care to remember what happened the last time Wigan were in the Championship, but the success of last season should be enough to believe the good times will return to the DW Stadium. The positive vibes have been aided by shrewd business in the transfer market by Caldwell, with no fewer than six new faces arriving at the club to add more quality and strength in depth. Former Latic Ryan Taylor has returned home, seven years after he left to enjoy spells at Newcastle and Hull, while Nick Powell, Stephen Warnock and Dan Burn have also joined on a free transfer. Exciting young prospect Alex Gilbey has been snapped up from recently-relegated Colchester, with Caldwell also bringing in goalkeeper Adam Bogdan on a season-long loan deal from Liverpool to compete for the number one jersey with Jussi Jaaskelainen and Lee Nicholls. Wigan may not have splashed the cash like other clubs in the Championship, but they have brought in a combination of youth, ability and experience that will undoubtedly compliment what Caldwell already has at his disposal.

Wigan did not exactly get off to the best of starts last season, but although a fantastic twenty-game unbeaten run proved decisive as Wigan stormed towards the title, the Latics may have to hit the ground running from the beginning. Opening the 2016/2017 campaign with a trip to ever-improving Bristol City will not be easy, with Lee Johnson doing an impressive job at Ashton Gate. Fans can log onto Coral’s website to bet on the match in the hope that Wigan can get off to the perfect start, but following home fixtures against Blackburn and Birmingham, then an away trip to Nottingham Forest, may not prove any easier as Caldwell will look to stamp his authority on the Championship. The much-improved performance at Fleetwood was not only a welcome tonic after Wigan had previously failed to hit their straps during pre-season preparations, but also suggested that the new players have settled in well and that the team do have the ability to compete against the best teams.

Caldwell may hope that his team tightens up at the back this season, but Wigan’s hopes may rest on the forwards firing on all cylinders once again. All eyes will be on Will Grigg after the Northern Ireland striker became a worldwide sensation as his infamous song became a hit at Euro 2016, and although the League One’s top goalscorer failed to played a single game for his country, he is likely to play an integral role for Wigan this season. Placing a football bet on Grigg to finish the upcoming season as top goalscorer may prove to a good move if the players around him provide the quality of support that culminated in twenty-five goals for the striker. This is where Yanic Wildschut could play a big role, with the flying Dutch winger making a big impression since arriving at the DW Stadium with his pace, delivery and fantastic eye for goal. Fans will also be interested to see if Powell, who was once considered one of the brightest prospects in England, can reignite his career and bring a creative edge to Wigan’s midfield, while the Championship could be the perfect stage for Max Power and Emyr Huws to flourish.