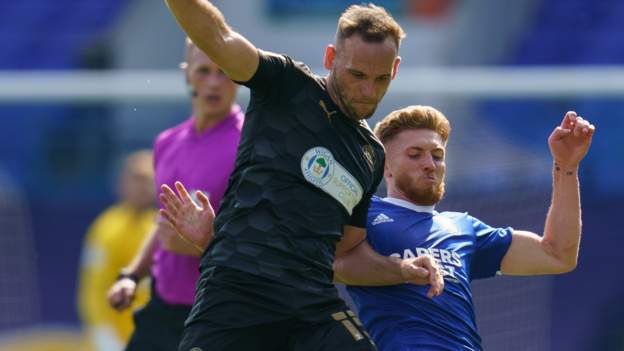 Whilst we were on the wrong end of the result at Portman Road this afternoon, the performance was one that we can all be proud of and the players can hold their heads high after.  For large parts of this game we were the better side, but were unable to take the chances we created.

Emeka Obi, playing out of position at right back, had two early chances to give us the lead from set pieces but was unable to direct his headers on target.  The game would only get worse for the youngster as he found it tough going in his new position but he can’t be given the blame too much for that in my opinion.  Any player will struggle out of position especially a young lad in his first league game.

The Ipswich opener came on 11 minutes and on first viewing looked a really poor goal to concede.  Having taken a quick free kick down the left hand side, a cross into the box was only half cleared by Kal Naismith and Teddy Bishop headed home from what looked like an impossible angle for his first goal since 2014.  Having seen it again, whilst he should never have been allowed a free header 12 yards from goal there was very little that Jamie Jones could have done about it. 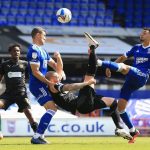 We grew into the game from there I felt and had a great chance to equalise when skipper Joe Garner struck the woodwork after he fashioned a chance from nothing.  Back to goal, the experienced forward managed to send an overhead kick towards goal but having beat the keeper could only hit the crossbar.

Ipswich looked dangerous whenever they did go forward and managed to strike the woodwork themselves.  Replays showing that Jamie Jones made a brilliant save to tip XX shot onto the post.

We continued to push for an equaliser in the second half and substitute Alex Perry saw a long range effort fly narrowly over the bar, but the tractor boys settled the game on 80 minutes when a scramble in the area was turned home by substitute Gwion Edwards just seven minutes after coming onto the field.  This may be a new era for the club, but the stigmas of allowing players that haven’t scored for an age to score against us or substitutes making an immediate impact remains.  Hopefully we don’t come across too many former players this season as they always seem to score against us as well.

As I said, this was a solid performance despite the result and will hopefully have given the lads some confidence that they are capable of competing at this level.  A few more experienced heads will be needed before the window shuts and hopefully Danny Fox and Josh Clarke will be available soon to strengthen the back four.