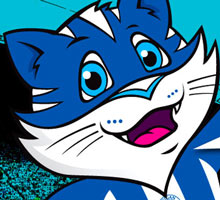 The Junior Stripes team have had to cancel the annual Christmas Party due to “bad weather”. I could get really cynical over this, as only yesterday a match had to be cancelled, yet NOTHING was done previous to counteract the freeze (the official site even published photos as the evidence for this) and it is now quite apparent nothing has been done since.

I just hope it isn’t due to the players whinging about driving in snow, when their Astons, Bentleys and HSE Sports will obviously be a match for the weather. It does look like somrbody has made a phone call at the club, as a digger has arrived to start clearing the snow – too little too late for the hundreds of kids who are now gutted.