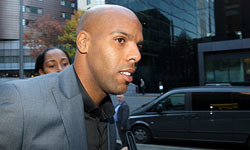 Marlon King has been found guilty of sexual assault and sentenced to 18 months in prison. Dave Whelan has said that the player will be sacked.

King was unanimously convicted of sexually assaulting a 20-year-old woman at a bar in Soho and causing actual bodily harm following a hearing London’s Southwark Crown Court on today. He was given an 18 months sentence of which it is recommended he serve at least half.

The judge also commented on his arrogant denial of the charge whilst showing no remorse at all. King has already been jailed once for handling a stolen car, ousted from the Jamaican team for disciplinary reasons and banned from driving after being caught doing 125 mph.

Dave Whelan has categorically severed all ties with the player for bring our club into disrepute and I wouldn’t be surprised if he went after some sort of compensation from the player who refused to sign for Hull in the summer because of the wage difference.

He wanted us to pay out the remainder of his contract which was rumoured to be the difference in wages for the rest of his contract (said to £40,000 a week at Latics where he would have been on £25,000 at Hull). He instead went on loan to Middlesbrough and has had a couple of reserve games here since the court date was set.

“It is upsetting to hear that Marlon has got 18 months but I am sure he deserves it,” Dave Whelan told Sky Sports News. We have to follow the rules and regulations and we have given him 14 days notice that his contract will be cancelled. He is absolutely sacked. We will not tolerate this kind of behaviour and as far as we are concerned he is finished football with Wigan Athletic.”