Knocks and Bruises, the Story of a Lower League Fan

The lower leagues, often portrayed as the sewers of English football, yet I’m sure any Latics fan will be the first to say how much of a journey being a lower league fan was.

There’s just something very nostalgic about the lower leagues that few Premier League fans will appreciate, nowhere is the attraction of supporting a team that wins the title every year. Instead, I was more content with supporting a club that’s summer dealing consisted of a bosman centre back from Rochdale and such likes.

Deep down I bet most Wigan Athletic fans miss the times when the likes of Gillingham and Northampton were in town, and away trips didn’t consist of long, tedious journeys from the Emirates or Stamford Bridge after a big defeat; but optimistic adventures into the promised land of Vale Park or Ashton Gate. 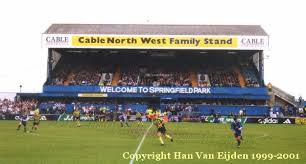 Clubs in the lower divisions, despite their apparent lack of success, do have a character and soul about them that many feel is lost in the Premier League. This is mainly because of the modern all-seater stadiums, and the abolishment of terraces where such great memories are made. Even when the team was going nowhere, the fans could rely on eachother, to turn up and to have a laugh. 5,000 was often seen as a successful attendance, and when everyone around you has similar attendances, then there’s no sticking out for having ‘bad support’. That’s more than can be said for Latics’ current era.

Personally, I still find the lower leagues fascinating; in my eyes they’re just as entertaining as the Premier League. I’m sorry if I sound like one of those old ‘It was better back in the day’ fans, because trust me I’m not, but I’m sure the next Latics fan loved the lower leagues just as much as me.

Although you don’t see the beautiful football, the big guns strolling into town, the media coverage, the Internationals gracing your home ground, there’s a totally different appeal. As I’m sure most of you reading this are aware.

There are also the characters down there that don’t seem to exist in the Premier League, because everyone is so serious. Roamers of Division 3 would be centre half’s that knocked the life out of the opposing strikers; light hearted midfielders that always played with a smile on their face, the ‘croppers’ that just looked to break peoples legs and of course, the journeyman striker that moved on every summer after failing to reach double figures in the ‘goals scored’ column. Stereotypes in the Premier League consist of ‘over-paid prima donnas’, positive ones are few and far between.

Then there was the adrenaline of the play-offs, the fluctuation of emotions that a fan endures during a play-off game, particularly a final, is unrivalled in life. I can only sympathise with fans that go through that now, but back in the day, we’d suffer the anxiety almost every season. Games such as the Gillingham final, and the last game at Springfield vs Manchester City are unforgettable, and such occasions can only be rivalled by cup finals or derby victories nowadays. Actually scrap that, a win against Bolton would be nothing like winning a play-off final.

The only time I’ve felt the emotions of that game against Gillingham at Wembley in the Premier League, was during ‘that game’ at Bramhall Lane in May 2007, and that was because it was practically a play-off for survival. Games against Chelsea in 2006(2-3) and Arsenal in April (3-2) have came close, but never equalled.

This is all well and good, but why is he bringing this up now? You might be asking.

Well the memories of the lower leagues got me thinking: Would it actually do Wigan Athletic good to get relegated?

I’m not claiming to be the first to have had this theory, and seeing us getting relegated would kill me, but I can’t help but think what it would be like to be down there again. I don’t mean down to League Two, but being in the Championship would offer a different challenge, as a target of finishing 17th every season is getting a little tedious, repetitive and unambitious.

I know it seems a little ungrateful, as many a Macclesfield or Peterborough fan would kill to see their beloved club grace the promised land of the Barclays Premier League, yet I can’t help but feel it might install some of the heart and soul that many will argue the club has lost in recent years.

Many will blame the ‘large stadium’ or the ‘money’ for this affect, yet what do I think? I blame the club’s transfer policy.

Although it’s a clever one that allows Wigan to buy cheap, impressive players; I don’t see how it allows growth and neither do I see how it promotes loyalty. The players we seem to attract are the only players that will be interested in using the club as a ‘stepping stone’ and these players are disloyal backstabbers that in the end will be desperate to leave the club when a bigger club come knocking on the door. Think N’Zogbia, Chimbonda, Zaki and the likes.

Fair enough, I understand we ar 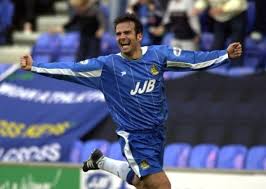 e Wigan Athletic, we have to be realistic, we must make the most of our resources and if these are the best players we can buy on a budget then that’s all we can do, yet is it? I’m not saying for a second that we should try and spend the earth and risk money we don’t have on signing ‘established’ players, God no, look at Portsmouth.

What I am saying though is don’t you, the fans of Wigan Athletic, want a team that cares about the club?  Don’t you want a bunch of players that are proud to pull on the blue and white? Don’t you wish we had hard working, give-your-all players that played because they love the club and what’s around them?

Those are the kind of players that give the squad excellent team spirit, the likes of Andy Liddell, Graham Kavanagh and Neil Roberts, they weren’t the best players in the world, yet they cared. That’s what created that team spirit we were renowned for under Jewell, that’s why we came up and finished tenth, because the team we had wasn’t top ten standard. We overachieved because we had excellent team spirit, Gary Teale, Damien Francis and Alan Mahon weren’t Premier League players, they just played like they were.

This team spirit rubbed off onto the fans too, we had an amazing atmosphere and chemistry between fans all the way through Jewell’s reign in charge, and we haven’t come too close to replicating that ever since he left 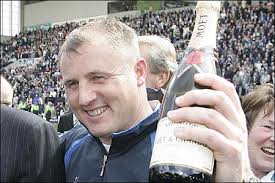 I appreciate that getting relegated wouldn’t be like a time machine, we wouldn’t experience the exact same journey again, it wouldn’t be exactly the same, of course it wouldn’t. Yet it would eradicate the fickle (fans and players); the players that play for their next transfer; the ‘badge kissers’ that play for their money, and not their fans. We could start afresh, and we would have a new challenge. Are you satisfied with playing to survive every season, with little ambition? The only level we have ahead of us is Europe, and that goal just isn’t realistic.

It would be fitting if when Whelan does eventually sell up, it was sold when it was in a good state, where the players are passionate and the fans are buoyant. Now isn’t that a Wigan Athletic we all want?