Kupisz goes back to Poland after 3 years at Wigan Athletic 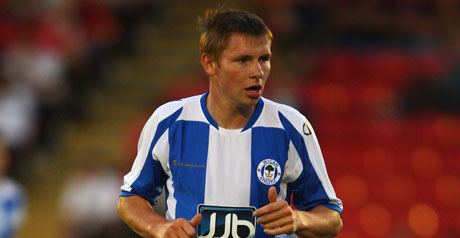 Tomasz Kupisz has left Wigan Athletic after a three year spell brought hardly any first team chances. The youngster was brought in as a star for the future, but the young Pole doesn’t feature in Roberto Martinez’s plans.

Twenty year old Tomasz came to Latics in 2007 hoping to continue his good form for his club and Country, but got little or no chances to really shine in the first team. His only outing was as a goal scorer in the 4-0 hammering of Notts County in August 2008.

He did get plenty of opportunities in the reserve team and scored six goals in our last campaign. He will now go back to his homeland where he has signed for Jagiellonia Bialystok.

All at Cockney Latic and Wigan Athletic will wish him well.