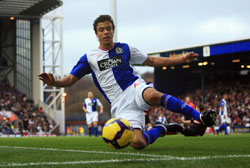 Wigan Athletic screamed in with the signings of Tom Cleverley on loan from Manchester United for the season and with long term target Franco Di Santo from Chelsea, he signed a 3 year permanent deal.

With it being a very quiet transfer window for Latics, you always have that feeling that something was going to sting us in the final day. But it looks like Dave Whelan and Roberto Martinez meant what they said when they voiced that we didn’t need to sell.

We have not only kept hold of the better quarters of last year’s squad, but we have resisted offers and speculation for the likes of Hugo Rodallega, Maynor Figueroa and amazingly Charles N’Zogbia.

Adding to the fray we had our own last minute dealings with the loan signing of Tom Cleverley, the Club released this statement: TOM CLEVERLEY JOINS ROBERTO REVOLUTION

After successful loan spells at Leicester City in League and Watford in the Championship over the past two seasons, Cleverley will now gain experience in the Barclays Premier League at the DW Stadium.

Roberto Martinez said: “Tom is a very exciting young player and we are delighted he his coming to us.

“He can play in a number of positions and will provide us with some good new options, and add great competition to the squad.

“We have been watching him for some time and feel he is the right sort of player to join our squad; young, hungry, desperate to play for the club in the Premier League and to grow with us.”

Basingstoke-born Cleverley was brought up in Bradford and joined Manchester United from local club Bradford City at the age of 15.

He played 11 games on loan at Leicester City in 2008-09, scoring twice and scored a highly impressive 11 goals in 33 games for Watford last season. He also impressed on this season’s pre-season programme for Manchester United, for whom he has also been named Reserve Team Player of the Year.

He is currently away with the England Under 21 squad and will join up with his new team mates later in the week.

Wigan Athletic are delighted to announce the signing of 6ft 3ins Argentine forward Franco Di Santo from Chelsea for an undisclosed fee. The 21-year-old has spent the afternoon undergoing a medical and has put pen to paper on a three year deal at the DW Stadium. Manager Roberto Martinez, who has been tracking the striker for some time, is thrilled to have got his man.

“Franco is an Under-20 international for Argentina,” he said, “with great Premier League experience having worked at a club with the calibre of players of Chelsea, and also spending a hugely beneficial year on loan at an established club like Blackburn.

“We all feel that Franco can fulfil his potential at our football club and he’ll bring a completely different dimension to our squad with his presence, technical ability and hard-work.

“We’ve been following Franco for a long time and from his point of view it’s clear that he is desperate to play for Wigan Athletic and his desire and commitment is exactly the right attitude for our club.”

Di Santo spent last season on-loan to Blackburn Rovers where he made 15 starts, scoring one goal against Burnley in October and putting in a string of very impressive performances for Rovers. He made a further seven appearances from the bench.

He first arrived in England in 2008, leaving Chilean side Audax Italiano for Chelsea and going on to make substitute eight appearances for the Blues, and impressing highly in the reserves.

On the international front Di Santo has won 25 caps for Argentina Under-20s between 2006-09, scoring five goals, and it is felt he is one of his country’s real prospects.

He expressed his delight at joining the club: “I am just happy that my future has been sorted out now. I can’t wait to start training, meet all my new team mates and start fighting for my place in the team.

“Roberto Martinez has big ambitions for the club and he made it clear how much he wanted me to be here. When a manager is so positive about you, then it is an easy decision to make.”