Latics fans on Soccer AM before Arsenal game 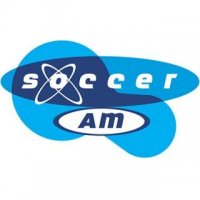 Wigan Athletic fans will feature on this weekend’s Soccer AM which broadcasts live on Sky Sports 2 and Sky One from 10am on Saturday.

The Latics supporters will be in the Soccer AM studios, based at Sky’s headquarters in Isleworth, Middlesex, participating in the show as the ‘Fans of the week’. Every Saturday, a selected club’s group of supporters take to the now world famous Luther Blissett Stand and raise the roof!

The Wigan Athletic Fans of the week are mde up of Chefs from the DW Stadium and Wrightington
Hotel and Country Club and they will play a key role on the show, providing the atmosphere in the studio as well as a bit of banter, adding to Soccer AM’s unique and celebrated outlook on football.

The group of Chefs, headed by the DW Stadium’s Mark Holdsworth, are guests of the cult Sky One show, broadcast every Saturday morning and hosted by Helen Chamberlain and Max Rushden.

Mark and his mates will be hooking up with all the regulars on the show, Tubes, The Soccerettes, Rocket, and Baby Elvis, and Mark came down to the Latics Training Ground this week to wish the players all the best for the big game on Saturday.

“It’s going to be a great day for us, no matter what happens on the pitch,” he said, “but it would be absolutely fantastic to come away from the
Emirates with a win!!”

The fans will also take part in the Wembley game during the show’s live broadcast, whereby they will have one minute to see how many times they can kick a ball through a hole in the Frank McAvennie car park. Viewers can guess the number of successful kicks for the chance to win a pair of brand new his and hers Soccer AM t-shirts. To find out more go to www.socceram.com.

Tune in to Sky Sports 2 or Sky One from 10am on Saturday to see Wigan Athletic supporters as Soccer AM’s Fans of the week.