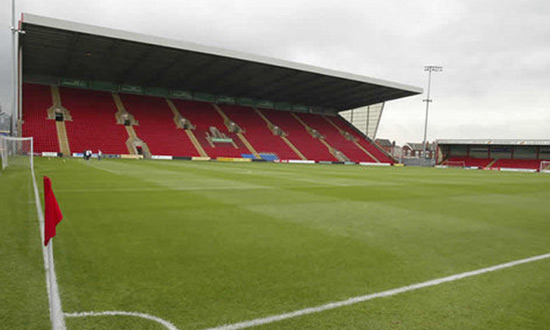 Latics kick off their preseason friendlies with newly relegated Crewe Alexendra at Gresty Road on Thursday night. It will be the first chance to for new manager Roberto Martinez to assess each and every player in the squad, plus will give him a lot of insight as to which areas we need to strengthen before the season actually starts in mid August.

Crewe have long been a provider of quality players that have been bred through their academy and this system could prove vital to them as they start the process of a rebuilding exercise after last season’s disastrous campaign .

Friendlies are always hard to judge as both managers will be using the game to try out a lot of players and they will both say the result means nothing, especially if they should lose. But in fact for us it is quite important to get some wins under the belt, we haven’t had many this year.

Latics will more than likely field Jordi Gomez, Hendry Thomas and probably some of the youngsters that Steve Bruce blooded towards the end of the season. Jason Scotland is just waiting on his International clearance (what’s all that about) and I don’t think he’ll be able to play even if Bobby wanted him to.

The days seem a million miles away since we beat them home and away in the Championship in 2004/5 (3-1 at Gresty Road, 4-1 at the JJB), it has probably been forgotten that we were beaten 2-0 in the Carling Cup in 2006 and no doubt Thursday’s result will just get lost in the stats.

I will just enjoy going to watch Latics in a game that will bring back memories of the good old days when we used to play each other in the third and Fourth division…..