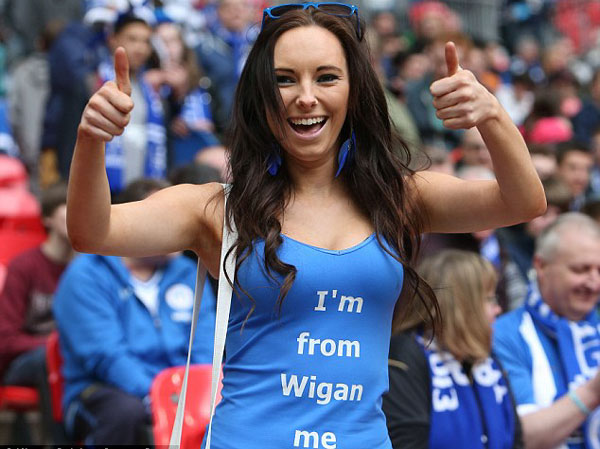 Wigan Athetic have confirmed that our Emirates FA Cup Fourth Round match against Manchester United at Old Trafford will be played on Sunday 29th January, with a 4.00pm kick off. And no fan will pay more than £25

Yes, you heard right, No Wigan Athletic fan will pay MORE THAN £25 after the club decided to offer a subsidy on the original maximum adult ticket price of £46.

Wigan Athletic have taken up an allocation of 1,900 tickets.

PRICES FOR WIGAN ATHLETIC SUPPORTERS
Tickets available only to 2016-17 Wigan Athletic season card holders or supporters with a past booking history for Wigan Athletic at the DW Stadium.

The tickets will be sold as follows:

Tickets will be available online at www.wiganathletic.com/tickets, on the Credit Card Hotline 0871 66 33 552* or in person at the DW Stadium Ticket Office.

*Calls cost 10 pence per minute from a BT Landline. Calls from other networks and mobiles may cost more.

Online tickets are subject to a £2 facility fee. No home-printing facility available for this fixture