Latics turn their attention to the Cup – Preston preview 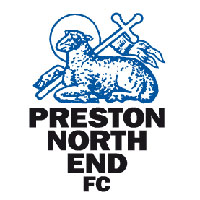 After a 3-0 victory over Hartlepool, Wigan Athletic will have to fend off another team looking to perform a giant killing as Championship team Preston North End visit the DW Stadium.

Latics and Preston have had quite a few matches over the years and in the Cup we are still looking for our first victory, 1996 was the last time we played in the Cup, a 4-4 draw losing 7-6 on aggregate.

Since 1998 though we have only lost one of the last nine games we have played, the last couple were by tremendous margins as well. With a 5-0 and a 4-2 wins in the last three times we have played it show how the fortunes of the two teams have changed over the years.

With a disappointing result over the weekend, Latics aren’t doing themselves any favours with attracting more fans in, but as far as the season is going we are roughly where any realistic fan would have thought we would be.

Preston are having a torrid time at the moment, lying next to bottom of the table with three points from seven games. Off the field is not much better either with a lack of cash and debt problems, the future is not looking too good.

On paper we should have too much for our Lancastrian neighbours, but as we know, the Cup is there for the upsets and so we will have to be very careful that we don’t suffer the same fate as what Blackpool did in the First round.