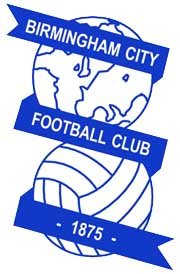 The DW Stadium sees Birmingham City take on Wigan Athletic this weekend with Roberto Martinez looking to build on the victory over Sunderland.

Latics good home record will hopefully see us through this weekend as Alec Mcleish’s Birmingham visit the DW Stadium. Dave Whelan will be signing his book in the Club Shop prior to this game that he will see as a great opportunity to get three more points on the board.

Both teams had good wins last time out and we sit just a point apart in the table, with Brum just above us with same amount of games played. History sees Latics having the upper hand against the Blues in the League and if we perform well this should be a game we can win convincingly.

Yet again Bobby will have a fully fit squad to choose from for this game and he will probably not change much from the team that beat Sunderland at the weekend. He will need the boys up for this game with Birmingham currently on a 5 game unbeaten run and us not having back to back wins yet this season.

Birmingham have Garry O’Conner (hip), Stuart Parnaby (back), Martin Taylor (ankle), Teemu Tainio and David Murphy (both knee) as long-term injuries which will probably see an unchanged team to that which beat Wolves last week.

Latics have never lost to Birmingham at home in the league and this weekend will hopefully see that trend continue and notch another three points before the Festive Period madness starts. Things going well could see us push past 26 points come the turn of the year.

The referee for the game will be Lee Probert.