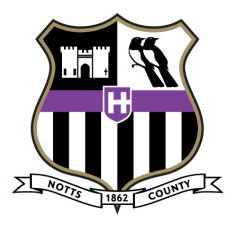 After two postponements Notts County finally booked their place in the Fourth Round with a home tie against Roberto’s Wigan Athletic, a true Top v Bottom encounter where County will be looking for a giant killing….

Notts County are flying high in League Two and are not far off being in the Play Off places for promotion to League One. A Cup run is part and parcel of any lower league team that is high in confidence and a home tie with Latics will make the Magpies think they have a really good chance to make an appearance on the 5th Round.

The Oldest Club in the World has had a hell of a lot of attention this season, with a huge taker by individuals who couldn’t meet their own egos. Big signings like Sol Campbell went by the wayside as the uncertainty of the money situation came more to the media’s attention. Sven Goran Eriksson even got suckered in, but on the field results at least have been going their way and promotion is still a big possibility.

Latics have a reasonably long history with Notts County, having played them 20 times in the League between 1985 and 2003; we have won 10 of those games with only 3 losses – the last of those coming back in 1989. In the Cup though it is quite an even affair, with both teams winning twice each of the seven games, but we have never beat them in the FA Cup registering just 3 draws and two losses.

The last time the two teams met, was at the JJB Stadium in August 2008, we ran out very convincing 4-0 winners in that Carling Cup tie. There will no doubt be a bit of interest in this one from some of the long term supporters and it will be great seeing a lot of old faces down there at the weekend.

This is a proper Cup tie, one of those that we once looked out for when we were in the lower leagues and although the roles are reversed here, the appeal is actually still as great. See the stats below for access to all our results over the years against Notts County, many of them have associated match reports for a bit of nostalgia

In previous seasons we seem to have pulled same league opposition and watched reserve teams pull out average performances. This game will be very interesting to see, as I wonder how our system will hold up against a team that will want to battle for everything on the park. Will Bobby make many changes from the team that battered Hull City??

There are some great memories of Meadow Lane, Boxing Day in 1999 saw us arrive en masse in fancy dress; the locals, stewards and police didn’t know what the hell was going on. I remember one lad sat on the same row as us shivering away the whole game; the seats were vibrating with his body.

Latics will want to put in a good shift for this, with 5 Premier League teams (including United and Liverpool) already out and three more at least going this weekend, you never know what will happen once you get to the final 16. So concentration and a good game plan will be needed coupled with a lot of patience I suspect.

Bobby doesn’t have any injury worries and even has new blood in the form of Gohouri if he fancies blooding him. I feel though that a similar sort of team to the one that pummelled Hull in the second half will be the way to go.