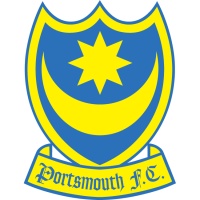 Wigan Athletic have their destiny in their own hands as we play relegated, FA Cup finalists Portsmouth, in a bid to get the three points that could well see us to a sixth Premier League season.

Roberto Martinez said at the beginning of this campaign that it was going to be a tough one as he tries to revolutionise the playing style at the club. He went on to say that survival was the key for this year as he built a team that could then kick on to start challenging for greater things in the second and third year.

Well survival could well be in sight if we beat a Portsmouth side that was relegated without them kicking a ball as West Ham, with a lot of help from the officials allegedly, got three points against Steve Bruce’s Sunderland.

Pompey had a very dramatic day on Sunday in their FA Cup Semi Final, taking their tie to extra time and then against all the odds beating Spurs 2-0 to set them up with another Wembley appearance against Chelsea in the final.

Latics have had a good ten days to train for this game and Bobby has a near full strength squad to choose from, his team and tactics will be put to the test for this one as we don’t know what frame of mind a pressure free Portsmouth side will do.

One thing is for sure, they won’t be travelling up here to roll over, they will want to win every game from now in and we need to respect that and go about our job. Latics on their day should be far too much for Pompey but this side has to find consistency.

Portsmouth have won two and drawn two games away from home all season and our record against them at home in the Premier League has seen us win two and lose two, we have never played out a draw, home or away, since we were promoted to the Premier League.

Who knows what team is going to turn up at the DW Stadium on Wednesday, all we know is we have to want it more than what they do, perform to the best we can and get the result. Win it and it fires us up 3 places above Wolves, West Ham and Bolton, seven points away from Hull and Burnley with four to play. Lose, can’t even mention it…..

The referee for the game will be Lee Probert

For all previous results between Wigan Athletic and Portsmouth Click Here